Safety of civilians above everything else, Turkey's Interior Minister says 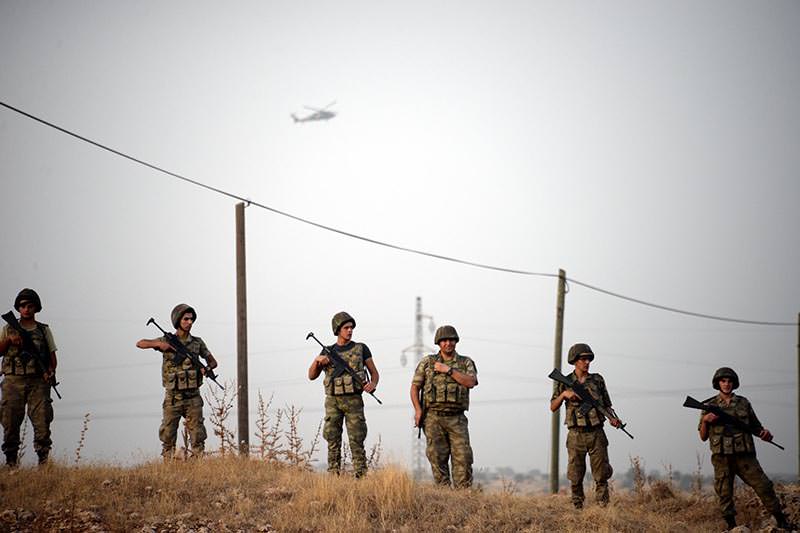 by Nurbanu Kızıl Sep 10, 2015 12:00 am
Selami Altınok, Turkey's Minister of the Interior has said on Thursday that the state will pay utmost attention to ensure the safety and security of the people in Şırnak's Cizre district, as the curfew imposed following the surge of terrorist attacks remains in place, while security forces continue to clean terrorists off of the region.

The interior minister stated that the curfew was imposed to protect civilians from incessant terrorist attacks by the PKK, while he noted that the state tries its best to provide services for the people of the region.

Underscoring that the Turkish state has been showing ultimate attention to fulfill the needs of the citizens in the district, Altınok said that the governorate distributes food at specific locations and has taken precautions to provide health services, but he noted that the terrorist organization systematically attacks health personnel and tries to halt the services provided by the government.

Minister Altınok also highlighted that the operations were necessary, as security forces have confiscated and destroyed 800 kilos of explosives, 30 ditches and barricades by the PKK terrorists.

He noted that 10 PKK members have been detained in the operations, while 11 police officers and four civilians have been injured, and a civilian lost his life in the attacks.

"The ammunition confiscated in these operations show once again that they were right and justified" Altınok said.

He noted that the security of the civilians in Cizre were more important than anything else, and added that the state shows the same care it does for civilians, for deputies and ministers and therefore would not allow the Peoples' Democratic Party (HDP) to walk to Cizre for their own benefit.

Touching upon the recent attempts to create unrest throughout the country by some provocateurs who attempt to turn protests into violence, Altınok stated that a total of 310 suspects have been detained, while 69 party offices have been attacked.

"30 houses and work places, eight vehicles have been damaged by violence in seven provinces" the interior minister said, and added that the state has taken and will continue to take legal action against perpetrators who attempt to disrupt public order in the country.