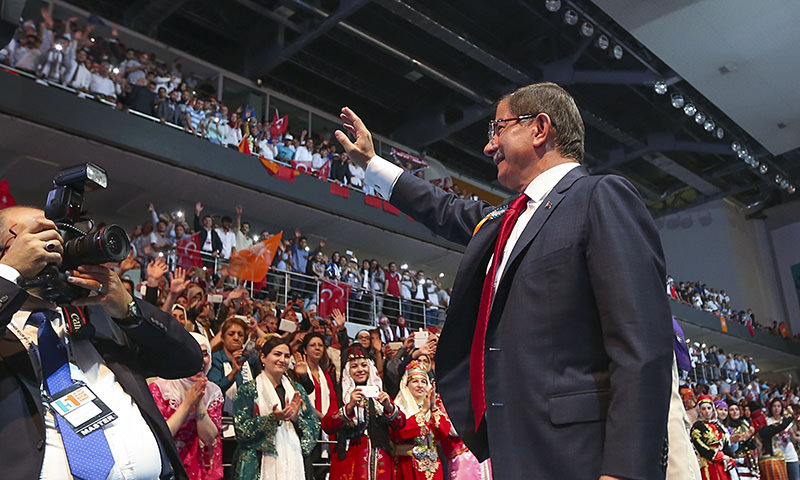 | AA Photo
by Daily Sabah Sep 12, 2015 12:00 am
Prime Minister Ahmet Davutoğlu has announced the suspension of a longstanding principle which prevented AK Party members from holding a post for more than three terms. The annoucement came in the party's fifth Ordinary General Congress on Saturday.

Before the voting procedure took place to choose the party's new executive board members, PM Davutoğlu held a speech at the Congress, during which he also touched upon the recent terror attacks of the PKK organization. He said the government will make sure the public order is sustained in Turkey and people will stand side by side against those trying to spread terror.

"We will not compromise in the face of pressure and cruelty from terrorist organizations and dictatorial administrations. We will defend the national will, freedoms and democracy against them" Davutoğlu said.

"If someone wants to drag Turkey into chaos, he/she will be punished in the most severe manner... PKK headquarters in Turkey and Northern Iraq have been dismantled by security forces' operations. "

The prime minister said, "Some ask where the Kurds' country is. The country of the Kurds, Turks, Sunnis, Alevis is the Republic of Turkey."