Refugee crisis will turn into a global issue if not resolved, says Turkey's PM Davutoğlu 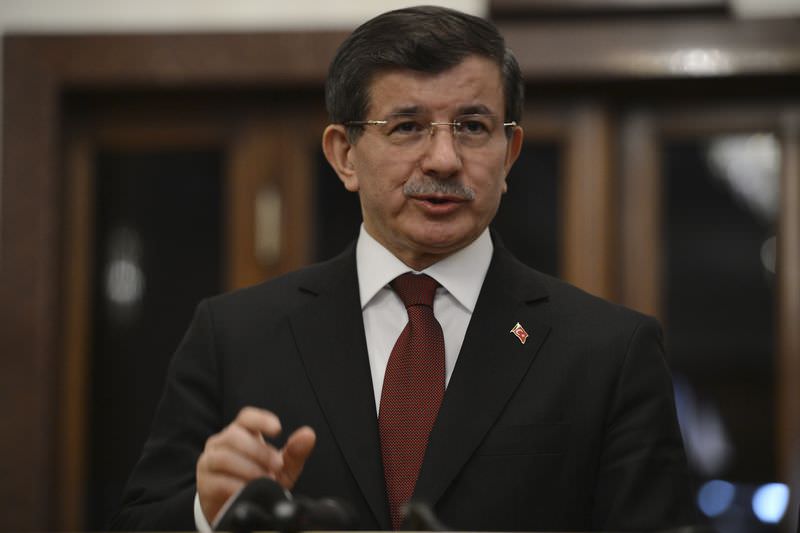 | Reuters Photo
by Daily Sabah Sep 12, 2015 12:00 am
Prime Minister Ahmet Davutoğlu on Saturday said that the refugee crisis will turn into a global problem if it is not resolved.

Speaking at the Chiefs of Defense Session in NATO's Military Committee meeting held in Istanbul, Prime Minister Davutoğlu underscored that the world is currently undergoing a period of transformation and crises.

"Turkey was the main country affected by the refugee crisis four years ago and now Europe faces the same crisis" Davutoğlu said, urging NATO member states to take immediate action before the issue gets out of control.

"Terrorism is something that directly affects everyone" Davutoğlu said, noting that today, conflict between different blocks have been replaced by civil wars.

He added that Turkey has been experiencing the effects of the war in Iraq following the September 11 terrorist attacks, and is in the middle of a 'geopolitical earthquake' and is 'surrounded by instability.'

Davutoğlu touched upon the issues faced by Turkey in the past four years, caused by the war in Syria and underlined that the refugee issue will become a global problem if it is not resolved.

He also touched upon the issue of terrorism inside Turkey and noted that Turkey has been attacked by and is waging an anti-terror struggle against three different terrorist organizations, including ISIS, PKK and the DHKP-C.

"Turkey gives great support to NATO in terms of counter-terrorism efforts, and we also need support in our fight against terror" Davutoğlu said.

Earlier on Saturday, speaking at the same event, chairman of the NATO Military Committee, Gen. Petr Pavel said that Turkey's presence in Afghanistan, Kosovo and NATO's offshore operations shows how the country has devoted itself to the principle of alliance that holds the two countries together.

The Military Committee meeting is held bi-annually at NATO Headquarters in Brussels, where Chiefs of Defence discuss NATO operations and missions and provide the North Atlantic Council with consensus-based military advice. The committee also meets once a year in an Allied member country. A new director general of the International Military Staff will be elected at the end of the conference.

The PKK, which is designated as a terrorist organization by Turkey, the U.S. and EU, renewed its terrorist campaign against the Turkish state in the aftermath of the July 20 suicide bombing in Suruç district that killed 33 people.

The terrorists have killed over 20 civilians since they ended the ceasefire in July.