Let November 1 be the date of rebirth for our nation: President Erdoğan 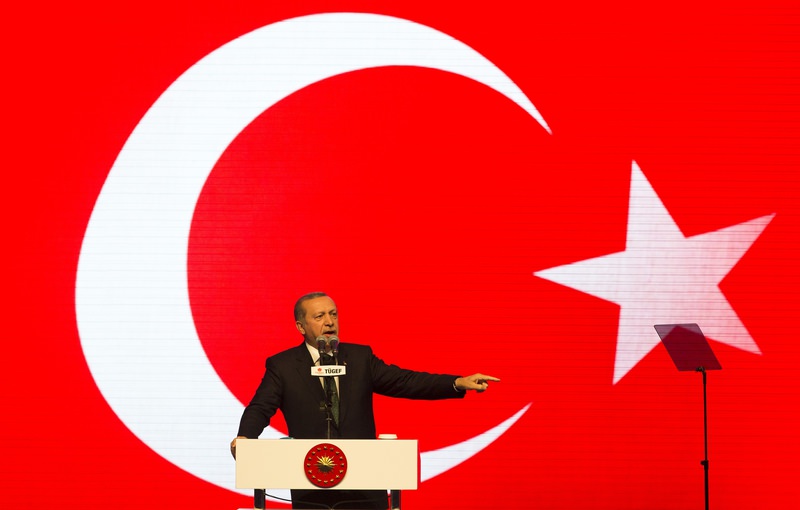 In his speech at TÜGEF congress in Ankara, President Erdoğan gave strong messages to the nation, emphasizing Turkey’s determination to fight against PKK terror. The president also added that the state only aims to build fraternity within the country and that the youth plays a key role in preserving peace

President Recep Tayyip Erdoğan gave a speech on Wednesday in Ankara at the Turkey Youth Club Federation (TÜGEF) Congress in which he emphasized the importance of the upcoming snap elections for the nation, saying "Let November 1 be the date of rebirth for our nation."

Underlining the difficulty of staying strong as a nation during turbulent times, "The period of time we are living is fragile. It's a period when the borders of the countries in our region are re-determined and the plans regarding the next 100 years take shape. We have to take action and take initiative to decide for our future," said the president.

"The essence of our struggle is the entirety of the values that shape our culture. We are struggling to protect our unity as a nation. Being a part of a nation is not just about sharing the same territory with a group of people; being a part of a nation is about the ability to unify under the same set of values, the courage to make self-sacrifices. Only the ones sharing the same future vision can make up a nation," he added.

Criticising the pro-Kurdish Peoples' Democratic Party (HDP) co-chair Selahattin Demirtaş for saying that carrying Turkish flags to protest terror is an "act of racism," the president said that the nation is aware of the reasons behind the pro-PKK politicians' assault on the country's flag.

"Who do you think you are deceiving? We know how you assaulted the flag. You wrap up the coffins of terrorists with your PKK flags. You perform the so-called funeral prayers of the dead terrorists and share photos of them on social media. That is your true color," he said, adding that the nation will make the supporters of terror pay in the upcoming November 1 snap elections.

Emphasizing that he never paid any importance to the ethnical background of Turkish citizens, he added "We said that the eastern part of our country would be as developed as the western part. We said that we will build a modern Turkey."

Criticizing the Gülen Movement harshly for their "collaboration" with the HDP, he said "The parallel state structure is in collaboration with the terrorists. Nevertheless, they had better know that we will continue our struggle until the end. They are targeting our country, our nation, and me in particular. Well, that means we are on the true path."

"Let November 1 be the date of rebirth for our nation. I am calling upon all of you to bury terror in the ground," Erdoğan said, adding that he is "astounded" with the fact that the PKK terrorist organization can deceive 'some' very easily.

"We are deeply saddened by the fact that those seemingly in support of democracy secretly defend terror," the president added.

Slamming the HDP further for their provocative calls to enrage the Kurdish youth, he said "How can a party with deep links to the PKK stay a party? How can a politician support PKK terror? We will continue our struggle against terror until the (very) end."

Erdoğan further added that Turkey is trying to build fraternity within the nation and the youth plays a key role for peace in the country.