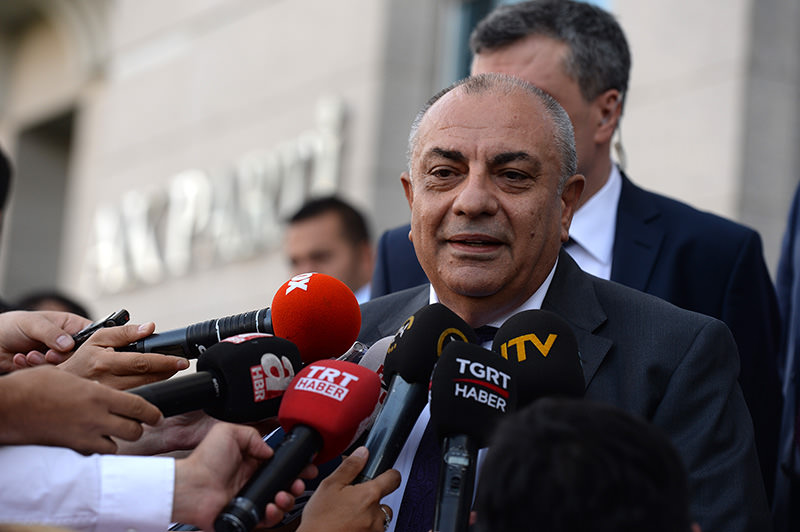 by Daily Sabah Sep 18, 2015 12:00 am
Tuğrul Türkeş, the Ankara deputy for the Nationalist Movement Party (MHP) and the party founder Alparslan Türkeş's son, resigned from the party on Friday and shortly thereafter announced his candidacy for the Justice and Development Party (AK Party).

"I resign from the MHP and the party's parliamentary group as per party conditions and the recent state of Turkish politics," Türkeş wrote in his resignation letter Friday.

He sent the letter to MHP Chairman Devlet Bahçeli, the Turkish Parliamentary Speaker's Office and the Supreme Court of Appeals Prosecutor's Office.

Earlier on Sept. 5, the MHP's central disciplinary committee said it had expelled Türkeş after he accepted an offer to join the country's caretaker Cabinet in defiance of his party's instructions to do otherwise.

Türkeş was the first Turkish parliamentarian to accept Prime Minister Ahmet Davutoğlu's invitation to join the interim government. He was given the deputy prime minister's post in the interim Cabinet formed on Aug. 28 in the run-up to the Nov. 1 election.

The provisional government, which will steer Turkey to a rerun of June's general election on Nov. 1, includes representatives from the AK Party, Türkeş and two deputies from the Peoples' Democratic Party (HDP).

The Republican People's Party (CHP) – the second largest in Turkey's Parliament – refused to join the interim Cabinet. The June 7 general election saw a stalemate with no party winning the majority necessary to form a single party government.