Turkey offers up to 4 million TL for terrorist leaders 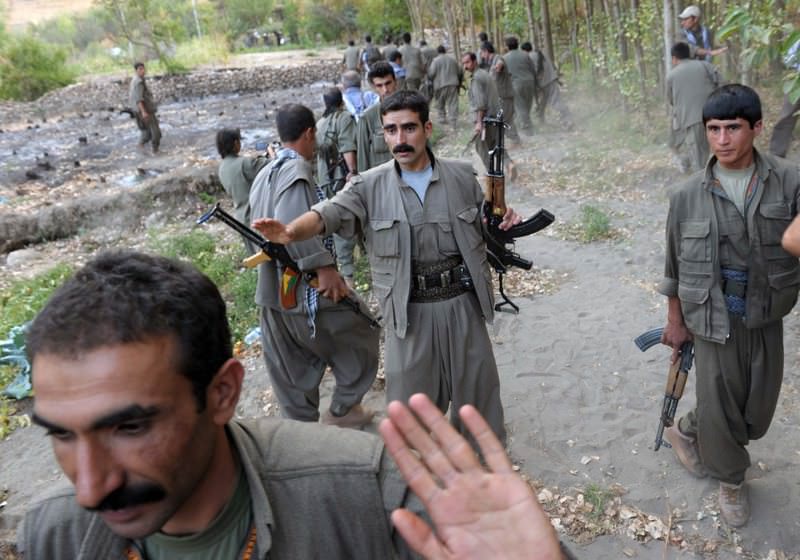 by Daily Sabah Sep 19, 2015 12:00 am
Turkish authorities announced that rewards of up to 4 million TL ($1.37 million) will be given to those who help a crackdown on prominent terrorist members in Turkey.

Those who give clues about identity or location of a "terrorist", a plot by terrorist groups or location of an ammunition will be awarded up to 200,000 Turkish lira ($66,000) as long as they as they are not involved in the "terrorist activity" that they report, the announcement said.

The new ruling also say that those who give tip-offs will be paid within ten days after the accuracy of the information is proven. The informant does not have to be a Turkish citizen to be eligible for the award, the statement said.

Some 200 prominent terrorist group members are now on the list, and they have been classified with colors according to their role in decision-making process in the groups. Five color have been used to classify the terrorist members.

The 'red' group consists more than 40 people, including PKK leaders Cemil Bayık and Murat Karayılan as well as ISIS, DHKP-C members, while the 'blue' group has three MLKP and 17 PKK members.

After the end of cease-fire, more than 110 Turkish security forces have been killed in terrorist attacks including the recent Dağlıca and Iğdır attacks that respectively claimed the lives of 16 soldiers and 13 police officers.

Formed in 1978, the PKK had been fighting the Turkish government for an independent state until the early 2000s. The group then shifted its goal to autonomy in the predominately Kurdish regions of Turkey.