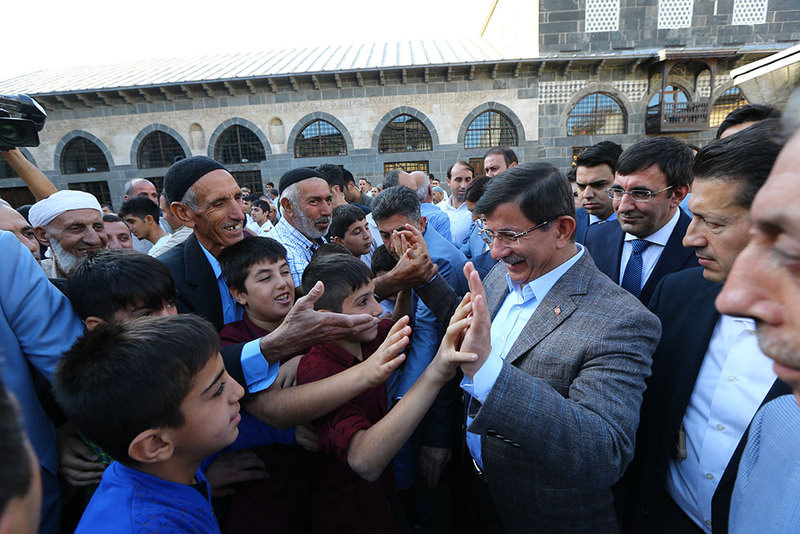 by Anadolu Agency Sep 24, 2015 12:00 am
Only solidarity will defeat terrorism in Turkey, Prime Minister Ahmet Davutoğlu said on Thursday as he welcomed Eid al-Adha in the southeastern province of Diyarbakır.

Speaking in the largest province in Turkey's Kurdish-majority southeast, Davutoğlu said, "Today, I am really happy to see the solidarity and support of the people of Diyarbakır in our struggle against the PKK because this struggle will only make sense when we come together."

Railing against the PKK terrorist organization, the prime minister accused the group carrying out "cowardly terrorist acts" and "villainous traps" in preference to "expressing themselves freely in the parliament." 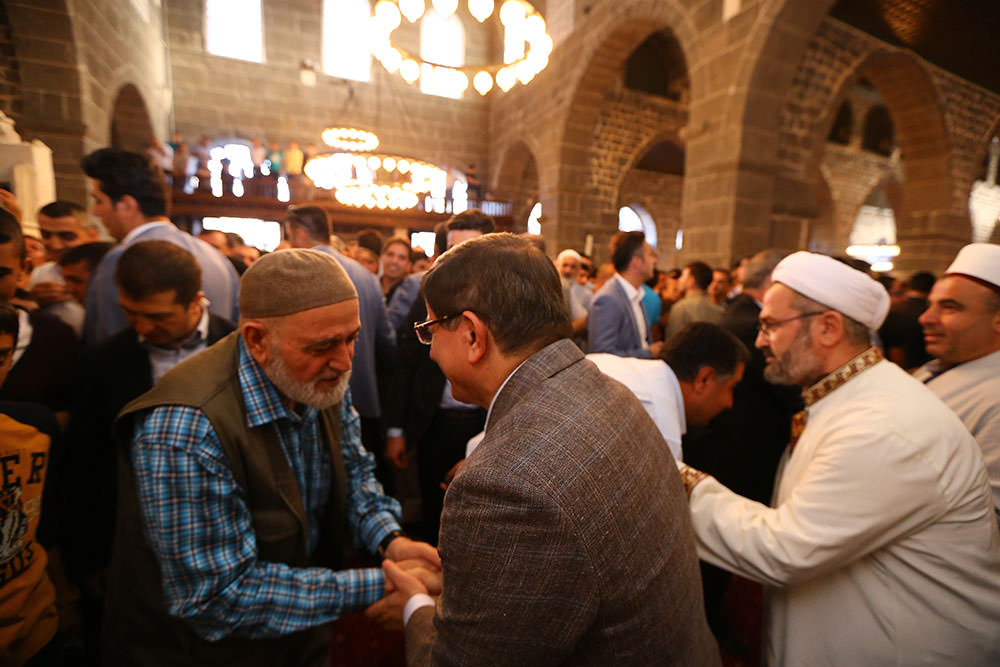 He added, "Today, as a whole nation, we are against those who want to fade our flag out."

Davutoğlu was in Diyarbakır - the scene of several attacks since the PKK renewed its armed campaign in late July - at the start of Eid al-Adha, or the feast of the sacrifice. He is later due to return to Ankara before departing for the UN General Assembly in New York.

The prime minister made clear that the government opposed any discrimination against the Kurdish people.

"We will continue to work to relieve the grief of all the mothers and fathers for losing their child," he added in an apparent reference to the victims of the renewed violence.

Besides around 30 civilians, more than 120 members of the security forces have been martyred in PKK attacks over the last two months, according to official figures.