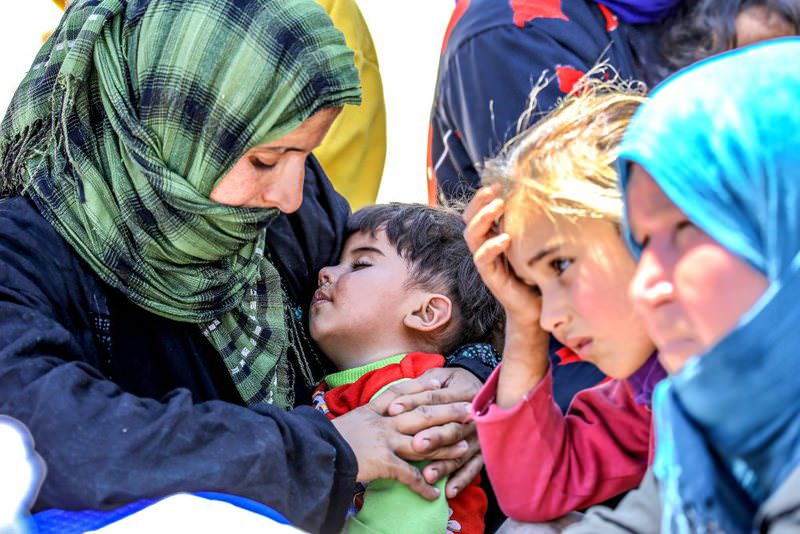 by daily sabah Sep 24, 2015 12:00 am
The United Nations Independent International Commission of Inquiry on Syria stated in its latest report that the People's Protection Units (YPG), the militant wing of the Syrian Kurdish Democratic Union Party (PYD), has committed human rights violations in occupied areas of northern Syria.

The UN report presented by Paulo Sergio Pinheiro to the UN Human Rights Council in Geneva on Monday indicated, "Following the YPG's retaking of the previously ISIS-controlled areas of Tal Abyad in early July and villages in the Tel Tamer region of Al-Hasakah, YPG fighters reportedly looted houses belonging to Arab villagers."

"The commission has always reported on violence committed by the YPG in previous reports," Pinheiro also stressed.

Using the pretext that the people they arrest are fighting for the Islamic State of Iraq and al-Sham (ISIS), the PKK-affiliated and PYD-led autonomous administration in northern Syria has been unlawfully detaining and pressuring peaceful critics and civilians, according to an Amnesty International report released on Sept.7.

Per the report, the PYD-led administration arbitrarily detained civilians for periods of up to a year without charge or trial and denied basic rights, including the right to defend themselves, see evidence used against them or have a lawyer. Those who prepared the report interviewed 10 detainees at two prisons in the PYD-controlled areas of Qamishli and Malikiya. The report says: "Out of five detainees convicted on terrorism grounds, the interviewed four said they had been sentenced after grossly unfair trials without any substantiated evidence of their guilt."

"The PYD-led autonomous administration cannot use their fight against terrorism as an excuse to violate the rights of individuals in areas under their control," said Lama Fakih, senior crisis advisor at Amnesty International, and added: "It is clear that many detainees have faced grossly unjust trials in a serious violation of their rights. Everyone should have the right to defend themselves before fair courts. Instead of trampling all over people's rights in the name of security and counterterrorism the PYD-led administration should ensure that the rights of detainees are respected."