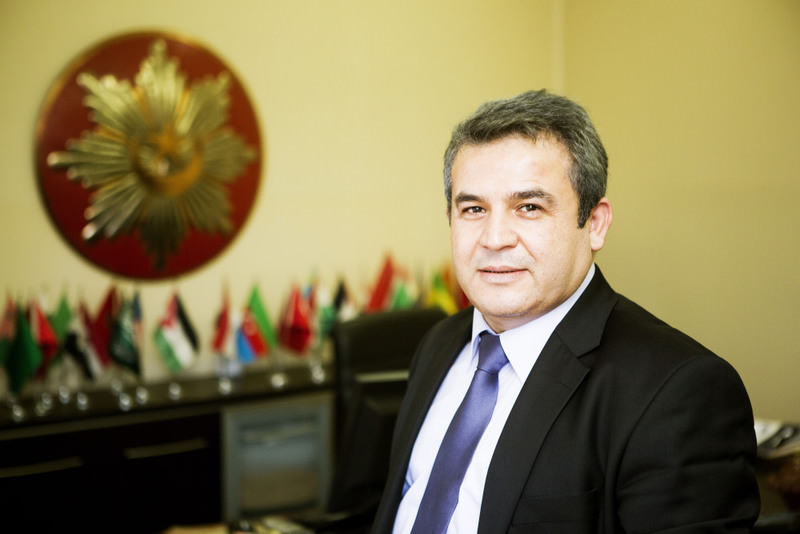 The head of the Association of Social Media and Information Technology Strategy, Abdullah Çiftçi, stressed that the upcoming Nov. 1 elections will be shaped by social media similar to the June 7 elections, and said Turkey's youth's social media habits have become politicized

As social media becomes a new phenomenon in today's digital world, its effect on daily life and even on politics also increases. In order to find out which is the most effective social media platform in Turkey, Daily SABAH spoke with Abdullah Çiftçi, the president of the Association of Social Media and Information Technology Strategy.

According to Çiftçi, Facebook is the most effective platform for reaching and shaping public opinion in Turkey and the language of social media is short messages consisting of visuals. The head of the social media association, Çiftçi, says the Justice and Development Party (AK Party) has the most supporters on social media out of any other political party; however, he claims that in the June 7 elections the Peoples' Democratic Party (HDP) and Republican People's Party (CHP) used social media most effectively. Asserting that the Nov. 1 elections will be determined by social media, Çiftçi also claimed that he has seen signs of a new wave of social unrest in social media and he predicts in the near future massive protests may take place in EU countries.

DS: What are the recent statistics regarding the usage of social media in Turkey? How many people use which social media platform? Which is the most efficient one for reaching the public and shaping public opinion?

The most effective platform in reaching the public and shaping public opinion is Facebook, which is followed by Twitter.

Firstly, we should underline that Turkish citizens are more sensitive towards social and political developments in comparison with the EU countries and the U.S. Until the Gezi Park protests, social media was almost completely dominated by the youth. After the protests, the political parties recognized social media's power in communication, interaction, propaganda and shaping people's opinions. The AK Party, for example, made its provincial party organization available online. As the parties and their leaders became active on social media, it transformed into a source for political information.

In Turkey, most people do not read newspapers, yet almost everyone has a mobile phone. Through reading political news on social media, the people became highly politicized. Social media users obtain their knowledge through visuals. The language of social media is short messages consisting of visuals. Similarly, people usually only read the headlines of the newspapers. Social media, in this manner, is like the headlines of a newspaper. It is not important if an event is right or wrong, real or unreal on social media; whoever creates a strong perception becomes victorious.

How would you compare the political parties in regard to their social media usage? When their performances in the June 7 elections are taken into consideration, which parties were successful or unsuccessful in effectively using social media?

The AK Party is the one which has the most supporters on social media; however, in the June 7 elections, the AK Party could not utilize social media effectively. The most effective ones were the HDP and CHP. This was due to their collaboration with the Benenson Strategy Group which ran the campaigns of President Obama. Benenson Strategy Group seemingly came for the CHP; however, it collaborated with the HDP more.

The Benenson Strategy Group, collaborating with the CHP and the HDP, especially affected the youth, as they have serious information on user tendency and social media statistics, along with programs which analyze social media during elections.

Running a campaign over social media is not the same as posting on platforms such as Facebook and Twitter. It is important to shape the views of the youth which may cause a shift in votes.

For the June 7 elections, the AK Party had established a "digital office" on social media; however, they were late and only tried to spread their message. Moreover, the party with the capability to organize their volunteers on social media will become successful. The AK Party has at least 5 million volunteers online; however, they are disorganized and mostly work on their own. Parties should establish a Cyber Organization Directorate similar to the physical and organize on the cyber world. The independent volunteers who run campaigns online for parties tend to hurt their party's reputation, more than improving it. The volunteers should be organized over social media and be educated.

In this context, how effective do you think social media will be in the Nov. 1 elections?

Our youth socialize and acquire knowledge through social media. They neither read newspapers nor watch television. Political parties cannot interact with this population when they visit homes or shops to campaign. They have to engage via social media. Every party has a consolidated voter base; yet, the youth using social media are malleable. A 5 percent shift in votes may grant or deny governance to a party; thus, social media is crucial for political campaigns.

In my opinion, the Nov. 1 elections will again be determined by social media. In the June 7 elections, if the AK Party had received 90,340 more votes from 18 cities, they could have had 18 more seats in the parliament. They can only be successful if they revamp their social media campaigns in these cities.

We are seeing a decrease in youth interest toward politics in the surveys. In your opinion, what should the political parties do in order to win the young voters back?

I do not agree with this assumption; on the contrary, I believe that the youth is becoming increasingly politicized. If these surveys were held online, this could be seen. The youth, who supposedly are preoccupied with sports, football, entertainment and games, are now at the heart of politics. Through social media, they are achieving a contemporary political consciousness. Social media campaigns rely on the organization of volunteers. Political parties should organize their supporters on social media through a central command and divide them into groups. While some increase the morale and motivation within their party, the rest should work towards the floating votes of the youth and the poor.

How does social media affect youth?

Social media is not a self-developing commercial platform. It is a special project created for the 21st century. Social media could be considered the world's public order information system. Countries such as the U.S., U.K., China, Israel and Germany observe the world through their social media analysis programs and manipulate it. Through social media, the agenda of every district, city or country could be learned.

The youth which used to shape their world views through their interaction with their families and schools today are molded by social media. Social media forges and creates new ideologies about environment, ecology, LGBT rights, equality and direct democracy. The youth view the world through this new ideology, instead of their national, spiritual and cultural viewpoints. Thus, some people are distancing the youth from our culture, our country and our values, and integrating them into another world.

Last year, a couple of days before the outbreak of the Ferguson protests in the U.S., you had foreseen this event which you had already shared through your Twitter account. How were you able to foresee it?

It is possible to follow the developments in the U.S. through social media. The black American citizens in the U.S. could be observed discussing what should be done over social media. I had told you all that a massive protest was impending during a television show. Within a week, the Ferguson protests occurred. Social media's usage during the protests in Gezi Park, Ukraine, Hong Kong and Brazil inspired the black American citizens. Some lobbies within the U.S. were provoking the people in other countries, while never thinking that this could also occur on their own soil. I had observed all of these developments which relied on social media. A young African-American, in an interview during the Baltimore protests, said that "We discovered what we were capable of doing through social media."

Do you see any signs of massive social protests in Turkey or anywhere in the word in the near future?

In the near future, I believe that European countries will be the most active. The influx of immigrants is the cause of this. While EU countries were indifferent initially, with the public protests originating from social media, the EU panicked and understood the direness of the situation. People from countries such as Ireland, Iceland, Germany, Czech Republic, France and the U.K. reacted over social media. I am currently observing the activities of far-right racist movements within the EU. These movements will cause a public protest.

In the U.S., black American citizens are becoming more sensitive towards the issues and becoming more organized over social media. If an incident occurs, the people want the police to face persecution and if this is not satisfied, they may have a sturdier public protest.

If the AK Party wins the majority in the November 1 elections, we may observe acts of civil disobedience over social media. In addition, we may see that a coalition being imposed on the AK Party through social media. As far as I observe, there are efforts toward the youth of Turkey, trying to provoke them and push them towards mass protests.

Lastly, what is the mission of your association?

The mission of our association is to educate Turkish citizens about the Information Age and the importance of social media. In addition, we aim to conduct research on the effects of social media on children, the youth and families, along with closely observing cyber security research all across the world and informing our citizens about it.

Most of the administrators in Turkey look at the Information Age from a commercial perspective, while it affects the countries in a more political way. We are trying to create awareness on the sociology of technology and to support sociologists in researching this phenomenon.

We are also trying to inform the public about information security and cyber espionage, while working on Turkey's integration into the Digital Age and researching the national and spiritual aspects of it. Moreover, we are aiming to detect efforts to brainwash our youth, and educating families and the youth about these attempts. In short, our association is working toward Turkey's integration into the digital world with its own values and software.
RELATED TOPICS