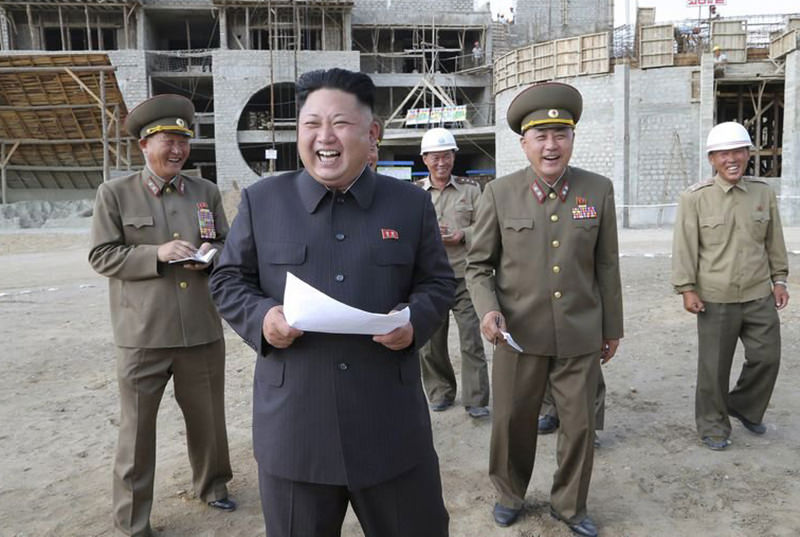 | Reuters Photo
by daily sabah Sep 30, 2015 12:00 am
The founding and ruling political party of North Korea, the Workers' Party which is headed by Kim Jong Un has sent a letter to the Patriotic (Vatan) Party in Turkey, congratulating the 96th anniversary of the establishment of the Workers and Farmers Socialist Party of Turkey.

According to reports, the letter was sent on behalf of the North Korean Workers' Party on September 18 and was conveyed through the Bulgarian Embassy, as Turkey does not have diplomatic relations with North Korea.

Yunus Somer, Vice President of the Patriotic Party released a statement in response to the letter.

"We will hopefully end the Korean War on a legal platform with the establishment of a national government and open North Korea's embassy in Ankara," Somer said.

The Vatan Party, led by Doğu Perinçek is a socialist, left-wing nationalist and staunch Kemalist party; it received 161,625 votes, or 0.35 percent, in the June 7 elections.

Having supreme authority over political affairs in North Korea, Kim Jong-un holds four positions: First Secretary of the Workers' Party, Chairman of the Central Military Commission, First Chairman of the National Defense Commission and Supreme Commander of the People's Army.

Korea was divided into two parts in 1945 which are technically at war with each other, since the 1950-53 Korean War ended with an armistice.

Kim Jong-Un, known for his unusual personality has recently turned North Korea's clock back by 30 minutes to set up new time zone called "Pyongyang time" in efforts to root out the legacy of the Japanese colonial period.