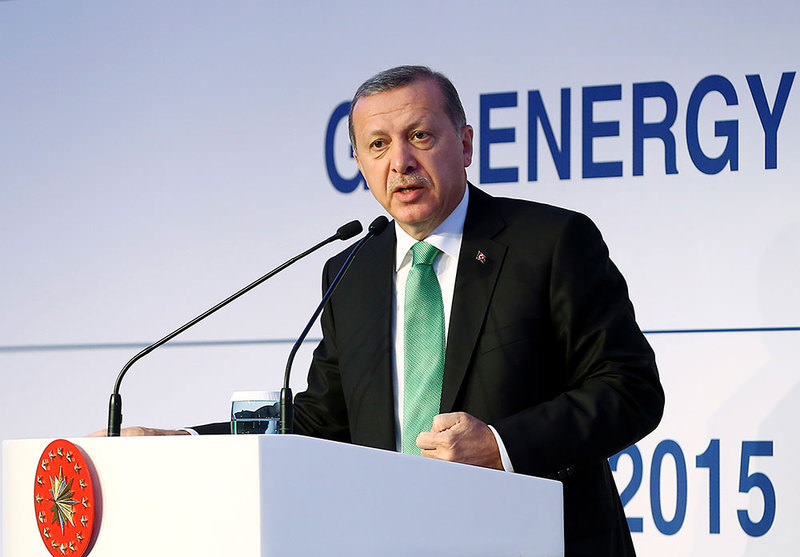 Erdoğan made the remarks in a televised interview with Al-Jazeera late on Friday.

Russia began airstrikes on Wednesday to bolster the regime of President Bashar al-Assad. Moscow insists the strikes are targeting ISIS and affiliated terrorist groups, but Western countries and their Gulf allies believe moderate opponents of Assad and civilians are bearing the brunt of Russian bombing.

Erdogan said: "We learned that 65 people died during the ongoing Russian operations. Where? Around Hama, Homs and Aleppo. It is too significant. Because Russia expressed [to] our embassy in a written statement that it will struggle against Daesh (Arabic acronym of ISIS) here.

"But, it [Russia] did not make this against Daesh; literally it made this against moderate opposition, which has been resisting the regime. Civilians were killed. They ignore the killing of civilians."

The U.S. and several of its allies, including Turkey and Saudi Arabia, issued a joint statement Thursday expressing concern over the Russian airstrikes.

Erdoğan said he will talk with Russian President Vladimir Putin over the killings.

"Since we are two friendly countries, I will ask them to review their steps on this issue, because we have sorrow in the region and we bear the pain. Russia does not have a border with Syria, but I have a border of 911 kilometers [with Syria]," said Erdoğan.

Turkey has welcomed Syrian refugees since the beginning of the civil war in March 2011 and is now hosting around two million people under temporary protection regulations.

Erdoğan said: "We look after two million people. Russia does not. Why is Russia so interested in Syria? I want to understand this."