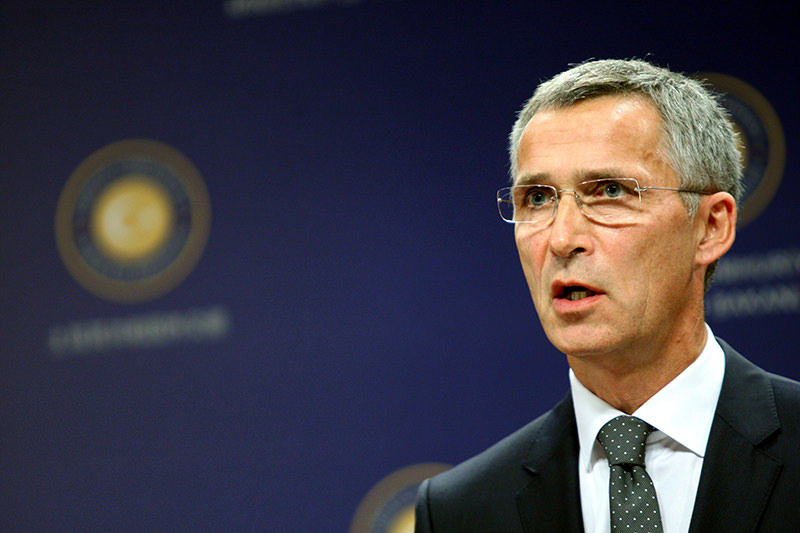 "Russia's actions are not contributing to the security and stability of the region," Stoltenberg said after a meeting with Turkish Foreign Minister Feridun Sinirlioğlu in Brussels, after Turkey said its jets intercepted a Russian fighter near the Syrian border during the weekend.

Stoltenberg spoke of "unacceptable violations," in a statement issued after a meeting in Brussels with Turkish Foreign Minister Feridun Sinirlioğlu. The country is one of NATO's 28 member states. "I made clear that NATO remains strongly committed to Turkey's security," Stoltenberg added. "Russia's actions are not contributing to the security and stability of the region."

He called on Moscow to respect NATO airspace, not to escalate tensions with the military alliance and to "align its efforts with those of the international community" in the fight against ISIS in Syria.

U.S. Defense Secretary Ashton Carter has also said that the U.S. and Turkey are discussing Russian activity in Turkish airspace.

President Erdoğan says Russia's bombing campaign in Syria is "unacceptable" and has warned Moscow it is making a "grave mistake."

NATO has stationed Patriot missiles on Turkey's southern border with Syria to prevent any spillover from a bitter conflict that has left 250,000 dead and sparked a mass exodus of migrants seeking safety in Europe.