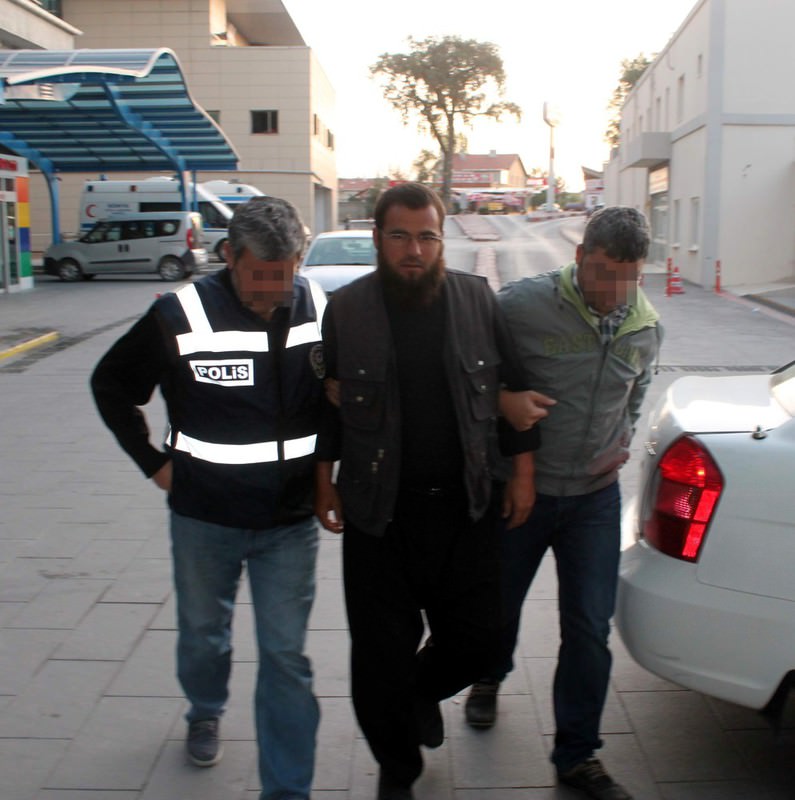 While the government steps up efforts to find the perpetrators in the twin Ankara suicide attacks, reports indicate that Ankara is pursuing at least 20 ISIS-linked suspects. Deputy PM Kurtulmuş also said late Monday that Ankara is close to identifying both suspects who are believed to be male

As an investigation into the deadly twin suicide bombings in Ankara continues, at least 20 potential suicide bombers, who are believed to have links with the Islamic State of Iraq and al-Sham (ISIS), are being sought by security forces to shed light on the case. Meanwhile, Deputy Prime Minister and Justice and Development Party (AK Party) spokesman Numan Kurtulmuş late Monday shared information regarding the attack.According to reports, 33 suicide vests were seized in a joint operation launched by the National Intelligence Organization (MİT) and police in October 2014. While 13 out of the 33 suspects who were to use the vests were killed, one was the perpetrator of the July 20 Suruç suicide bombing, but the rest still remain suspects in the Ankara attack. As the vests show similarities with the equipment used in Ankara, police have stepped up efforts to capture the suspects.

In the meantime, explaining that it was two male suicide bombers who carried out the attack, Kurtulmuş said, "It appears that two fabricated TNT explosives, each weighing 5 kilograms, were used." Kurtulmuş also said that the way the attack was carried out and how the explosives were detonated bear resemblance to the July 20 Suruç suicide bombing.

While Prime Minister Ahmet Davutoğlu earlier in the day said Ankara is close to identifying one of the bombers, Kurtulmuş said that efforts to identify both suicide bombers are in the final stage. When asked about whether the government waits until suspects carry out a deadly attack to intervene, Kurtulmuş said that MİT receives names at various times, and the organization works meticulously. Kurtulmuş also shared that MİT prevented a suicide attack from taking place in Ankara against a top judicial official. He added that even in the most protected countries, the world has faced terrorist attacks that intelligence organizations have missed. 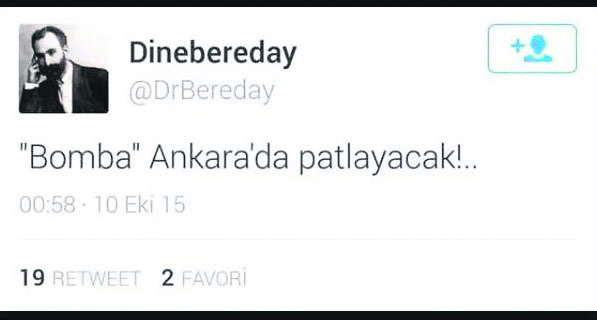 After some tweets were posted on Twitter a day before the deadly twin suicide bombing in Ankara that read "The bomb will explode in Ankara" and "The most horrible possibility is that it might be Suruç number two," a prosecutor's office sent a formal request to the San Francisco-based company. The request demanded the company share information concerning who posted the tweets and what their personal information is. While Ankara has accused Twitter of stalling, Twitter's response so far has been, "We have taken the request into account."

Though it was reported that Twitter quickly collaborated with other countries, Ankara has so far failed to receive information from Twitter on the grounds of investigating terror suspects.

Prime Minister Davutoğlu early Tuesday visited the scene of the suicide bombings near Ankara's main train station where he, his wife Sare Davutoğlu, Deputy Prime Ministers Yalçın Akdoğan and Cevdet Yılmaz along with AK Party Vice Chairman Ömer Çelik laid carnations in commemoration of those killed. Even though it was not on his official daily schedule, Davutoğlu performed the visit and prayed for the victims at the scene.