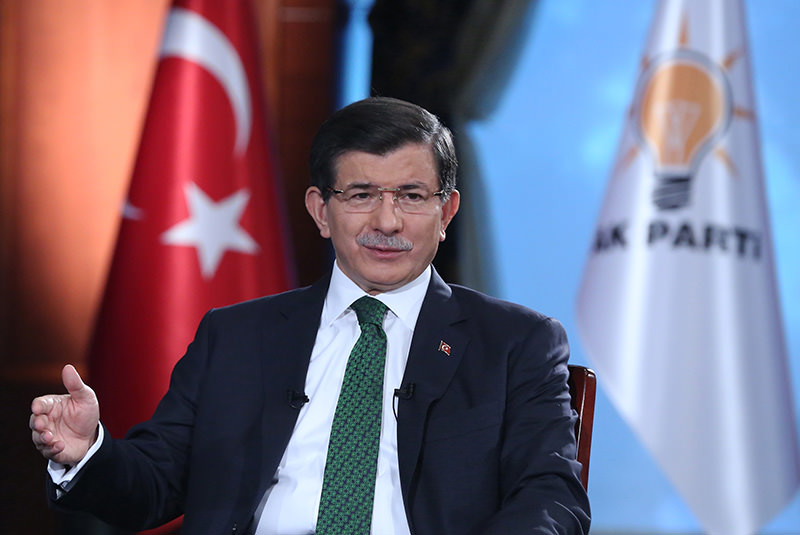 | AA photo
by Daily Sabah with Agencies
Oct 15, 2015 12:00 am
Prime Minister Ahmet Davutoğlu said on Thursday that officials investigating the Ankara bombing have detained 10 more people, bringing the total number of suspects in custody to 12.

PM Davutoğlu said the suspects were detained in the last two days. The prime minister made the comments to Turkey's TGRT news channel in an interview.

Police had previously detained two suspects affiliated with the PKK terrorist organization over Twitter accounts which sent tweets indicating a bomb attack hours prior to the Oct. 10 Ankara bombing.

The account @DrBereday tweeted: "The bomb will explode in Ankara!" nine hours prior to the bombing.

Davutoğlu told TGRT news channel that Turkey was probing the involvement of both the PKK and ISIS in the Ankara blasts.

"As a first track, we have started to untangle this web of relations, with the ISIS factor being focused on as the prime suspect," he said, using a variant name for ISIS. "The second tracks are the tweets: some actors carried out preliminary work as preparation before the bombing."

"Yesterday and today (Thursday) there have been ten additional arrests by following both tracks. The investigation continues and is getting deeper," he added.

"Among those detained are people linked to the PKK and linked to ISIS," he said.

In the worst attack in the Turkish Republic's history, two suicide bombers blew themselves up in a crowd of peace activists in Ankara.

PM Davutoğlu said on Wednesday that the death toll from the double suicide bombing in Ankara now stands at 99, raising the previous toll of 97 people.

"Ninety-nine people were killed. Ninety-four corpses have been returned to the families and four corpses are to be given to families who have been informed," Davutoğlu stated.
Last Update: Oct 15, 2015 2:48 pm