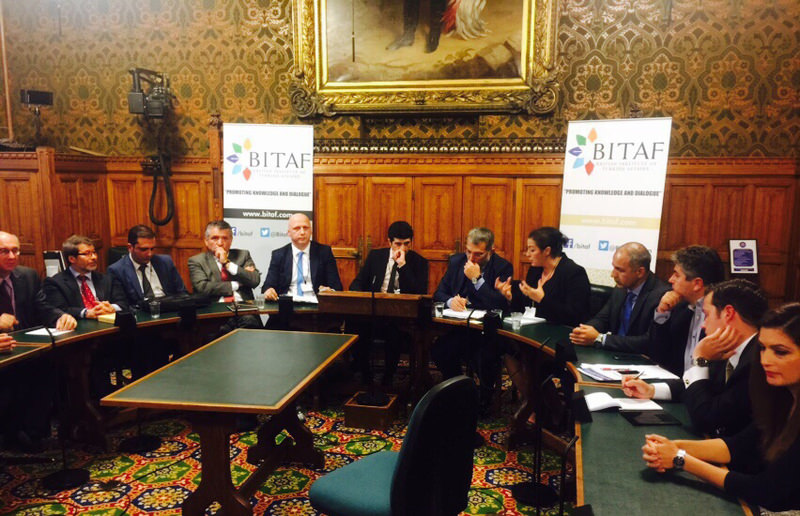 by daily sabah
Oct 21, 2015 12:00 am
AK Party Istanbul Deputy Metin Külünk on Wednesday underscored Turkey's critical position regarding the Syrian Crisis and said that Turkey not only provides shelter, education and health services for Syrian refugees, but 'shares life' with them.

Speaking at the British House of Commons, based on an invitation by the British Institute of Turkish Affairs (BITAF), Külünk said that Turkey has welcomed 2 million Syrians, regardless of their ethnic or religious background and has provided numerous opportunities for them, including education, health services, jobs, and others.

Külünk said that the number of refugees currently debated by Europe is insignificant when compared to Turkey, as he claimed over 60,000 babies were born in refugee camps in Turkey alone.

The Turkish deputy also noted that Turkey will not tolerate PKK terrorism and invited all Western powers and media outlets to condemn PKK terror and show solidarity with the Turkish state, while he underscored that PKK aims to bring Turks and Kurds against each other.

Külünk also touched upon the current obstacles faced by Turkish expats during the elections, and said that the country's election board should adopt measures to improve the current situation to ensure that almost three million voters cast their ballots in an easy manner abroad.

According to reports, it was the first time a senior Turkish state official carried out such conference at the British House of Commons and the BITAF initiative will continue on a monthly basis with the aim to enhance political and economic relations between Turkey and Britain.