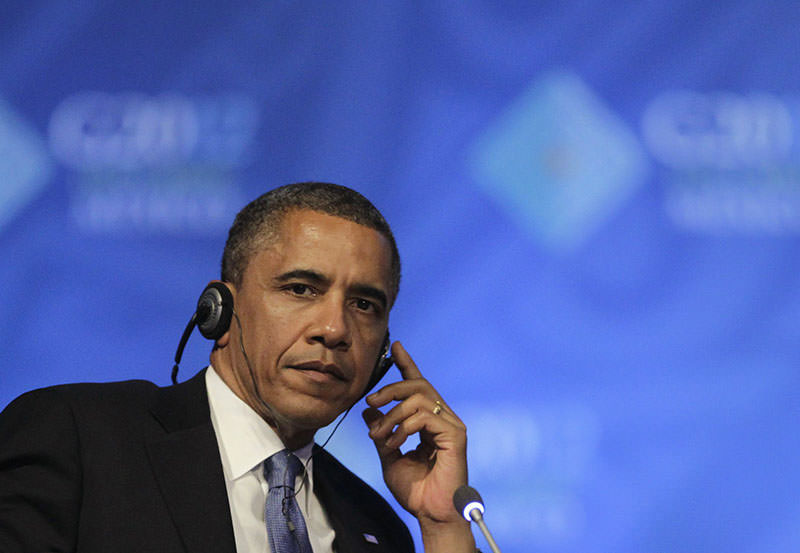 Obama "will spur international efforts to ensure strong, sustainable, and balanced global economic growth" while in Turkey, according to a White House statement.

It is unclear if he will hold bilateral meetings with Turkish leaders.

Renowned southern resort town of Belek will be nearly placed under siege during the G-20 summit that will take place under Turkey's presidency. Belek will be declared a high security area and only accredited people will be allowed to enter the town that will host leaders of the world's largest 20 economies and leaders invited to the summit.

Coordinated by Turkey's Ministry of Foreign Affairs, all state institutions carry out an intense work to prepare the area to the summit. Hundreds of surveillance cameras with face and license plate recognition features will be installed along the 40 kilometer road between Antalya Airport and Belek and thousands of police officers will serve in the area.

President Recep Tayyip Erdoğan had previously said that the G20 summit will mark a milestone for the organization, and be different from previous summits.

After his visit to Turkey, the U.S. president will head to the Philippines and Malaysia where he will participate in regional summit meetings in both countries.

The visit to southeast Asia will contribute to the U.S.'s strategy to rebalance the Asia-Pacific region in political, economic, security, and people-to-people engagement dimension.