Turkey will not give up on its 2023 goals, President Erdoğan says 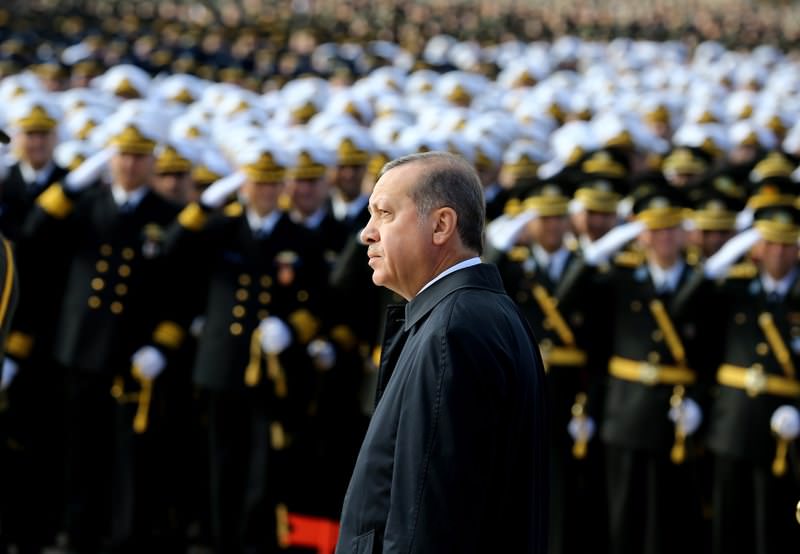 by daily sabah
Oct 29, 2015 12:00 am
President Recep Tayyip Erdoğan said on Thursday that terror and other developments in the region will not stop Turkey from reaching the goals that have been set for 2023, the centennial of the Republic of Turkey.

At a reception held at the Presidential Palace in Ankara marking Turkey's 92nd Republic Day, President Erdoğan said Turkey has never given up on its fight to improve its democracy and has always put the nation's will above everything.

"Turkey came a long way to reach what we have today. The democratic achievements, the economic developments and the strong infrastructure that were achieved during the last 13 years are the fruits of bridging the distance between citizens and the state." Erdoğan said.

Turkey was declared 'a republic' on Oct. 29, 1923 by Atatürk, a commander of the Ottoman Army who later spearheaded a struggle for independence and mobilized millions to fight occupying forces in the aftermath of World War I. Atatürk was elected the first president of the Republic by a unanimous vote by the newly established Parliament after its declaration as a republic.

However, multi-party democracy would take another 27 years to take root in the new republic. Erdoğan last year had become the Republic's first democratically elected president,going down in the history of the Republic of Turkey.
Last Update: Oct 29, 2015 10:34 pm