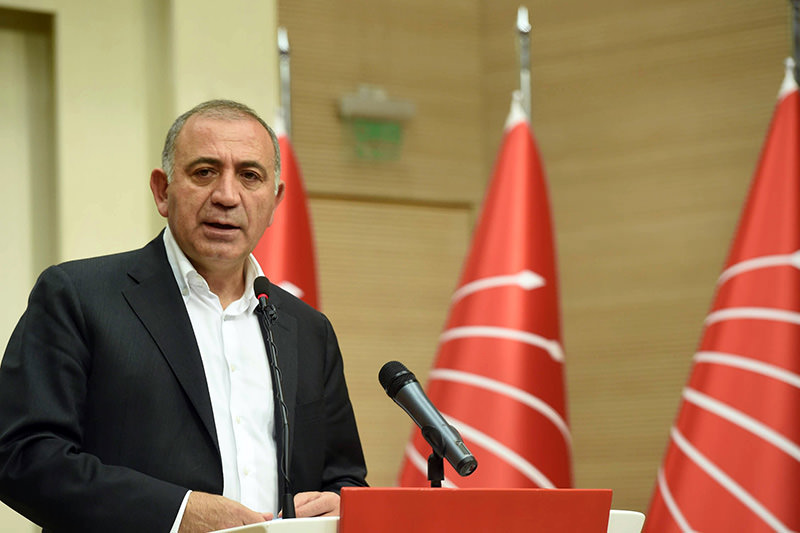 | IHA photo
by daily sabah
Nov 03, 2015 12:00 am
There is yet "no problem" requiring the CHP leader Kemal Kılıçdaroğlu's resignation, said the party secretary general, Gürsel Tekin on Tuesday, following the CHP's Central Administration Board (MYK) meeting.

The main opposition Republican People's Party (CHP), which "failed" according to some in Sunday's election by again keeping its unshakeable position as the main opposition party with 25.13 percent of the votes, held its MYK meeting on Tuesday, and discussed the election results.

Following the meeting, the party general secretary, Gürsel Tekin held a press conference, during which he said, "There is no problem requiring the Chairman's resignation," in response to a question directed at Kılıçdaroğlu on Sunday following the election results if the chairman was thinking of resigning in the face of such an outcome. Kılıçdaroğlu had said the executive bodies of the party would decide on the matter, leaving the possibility as open.

Gürsel Tekin said on Tuesday's press conference, "CHP kept its votes, and increased its deputy number [by two compared to June 7 elections]… We will hold the party's congress in February."

Tekin also touched upon Prime Minister Ahmet Davutoğlu's recent remarks about forming a new, modern, and civilian constitution. He said, "If Davutoğlu has a demand of forming a new constitution in Turkey, we will of course, as CHP, support it until the end," adding the party will not in any way stand behind a presidential system.

Although the party seems as having no problems in the aftermath of the elections, there is an increasing tone of criticism from several pro-CHP figures in the media.

Columnist Bekir Coşkun at the pro-Kemalist daily Sözcü Tuesday wrote a piece saying Kılıçdaroğlu must leave his seat now due to the electoral defeat and the CHP needs new leaders. "After losing eight elections to [the AK Party], what does a person wait for to go away?" he said, adding that it is impossible to pretend nothing happened.

Hürriyet columnist Ahmet Hakan, previously known to have made positive remarks about Kılıçdaroğlu, said in his TV program on Monday evening that the CHP needs comprehensive reform. He said: "It is the same in every election. It means that this cannot go on with Kılıçdaroğlu. Would the CHP not just change lots of things, including its chairman?"

Millions of citizens flocked to ballot boxes on Sunday to have a say in the country's political future. Election fever had engulfed the public, which chose lawmakers to form the 26th Parliament. More than 54 million citizens were eligible to vote in the elections to elect the 550 members of Parliament. The AK Party led with 49.49 percent of the vote and 316 parliamentary seats, followed by the CHP with 25.31 percent and 133 seats, the MHP with 11.9 percent and 42 seats and the HDP with 10.76 percent and 59 seats, just above the 10 percent election threshold.
Last Update: Nov 03, 2015 4:47 pm