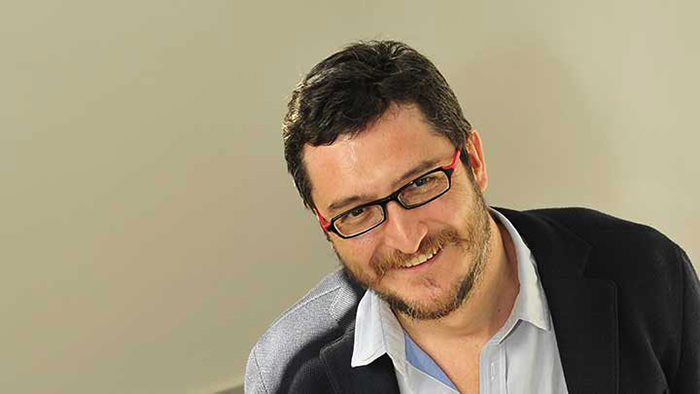 |File Photo
by daily sabah
Nov 05, 2015 12:00 am
A Turkish academic's statements on Turkish politics, failed guesses on recent elections and comments he made on twitter have recently been a matter of mockery on social media channels.

Koray Çalışkan, a political scientist and a former professor at Turkey's leading Boğaziçi University, had said, on a TV show before the elections, that if he would resign from his career if AK Party increases its votes in the Nov. 1 elections, referring to an election poll prepared by a research company which had shown a rise in AK Party votes.

"That individual should not do a survey again. He will not be [his results] right. I am political scientist, I am a researcher. No, there is no such possibility. Let him go on TV with me, if his guesses [surveys] come true, I will resign from being an academic," Çalışkan had said.

Çalışkan had sent the Tweet below on October 21 as his election predictions for the parties' votes prior to the Nov.1 election. The Tweet read that the Republican People Party (CHP) will increase its votes to 30 percent, while the Justice and Development (AK) Party would decrease its votes to below 40 percent. The academic, who is an Associate Professor of political science, had predicted that while Nationalist Movement Party (MHP) votes are rising, pro-Kurdish Peoples' Democratic Party will receive enough votes to enter the parliament. He also said that a coalition government after the elections is a must in the same Tweet.

Mocking Çalışkan's failed election predictions, many social media users tweeted: "Volkswagen recalled their cars and apologized [for the emission scandal], Boğaziçi University should recall their students and re-educate them."

The political scientist had linked the days off for students prior to June 7 general parliamentary elections to AK Party's attempt to send students on vacation so they are not able to vote for CHP while on holidays.

In another Tweet, he had blamed President Recep Tayyip Erdoğan for the Turkish National Football Team's defeat to Latvia's national team saying "70 million [population] Turkey is not able to beat 2 million [population] Latvia. Bravo Fatih Terim [team's coach]. And of course bravo Recep Tayyip Erdoğan."
The academic had resigned from his post at Boğaziçi University to be nominated as a candidate for CHP in June 7 elections, however the party had decided otherwise.
Last Update: Nov 05, 2015 5:57 pm