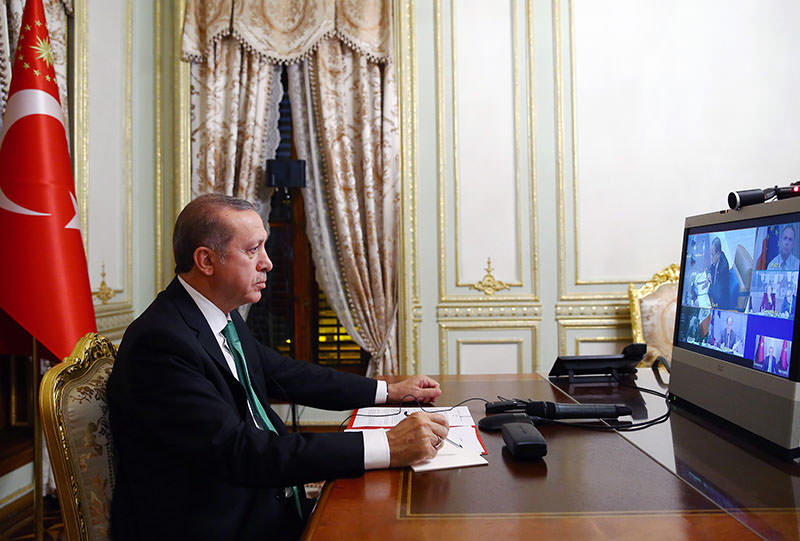 The call focused on how to achieve a successful outcome at next month's climate change conference in Paris, UN spokesman Stephane Dujarric told reporters in New York.

During his attendance to the call from Turkish capital Ankara, Erdoğan stressed the importance of the G-20 Summit slated for next week in Antalya, ahead of the conference in Paris.

Stressing there were "great expectations" from the Antalya meeting, Erdoğan said: "As G20 countries, we are in agreement to send a strong and constructive message from Antalya to Paris."

Turkey currently holds the presidency of the G20 group.

Financial means in fight against climate change should be enhanced, Erdoğan said, adding that a post-2020 climate change fund sponsored by developed countries must emerge for this purpose.

Nearly 200 governments are expected to descend on the French capital to agree on a deal to tackle global warming.

The UN chief "received an update from President Hollande on the preparations of the Paris Climate Change Conference", he added.
Last Update: Nov 07, 2015 10:29 am