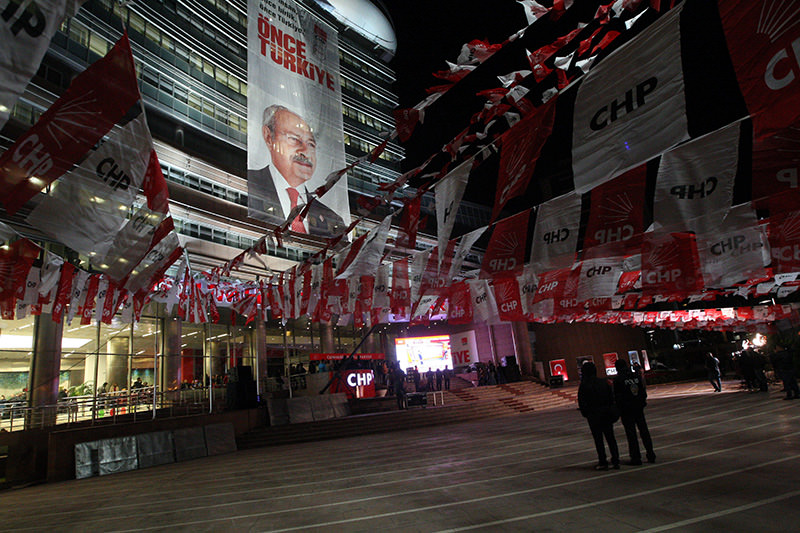 by daily sabah
Nov 08, 2015 12:00 am
Following the unsatisfactory results for the runner up of the November 1 snap elections, the 13 year-long main opposition Republican People's Party (CHP), inner party opposition took the most concrete step on Sunday voicing opposition to Chairman Kemal Kılıçdaroğlu as 42 provincial chairmen of the party called for early party congress.

The chairmen, who were chosen in the last party caucus held on September 5, 2014 and currently delegates of the party, held a press conference in Ankara. Speaking on behalf of the chairmen, former Ankara provincial chairman Zeki Alçın said that November 1 snap elections were unsuccessful for CHP and the party should hold extraordinary party congress as early as possible.

Meanwhile, in a televised interview aired by Turkish broadcaster CNN Türk on Sunday, Oran described the results in the November 1 elections as failure, as the criteria for success of the party was winning the elections. Oran stated that if he will be elected as the new party chairman and if Kılıçdaroğlu will not run as a candidate, he will back Kılıçdaroğlu as the candidate of CHP in the 2019 presidential elections.

A renowned figure in party mechanisms with questionable popularity in the party base, Oran was not nominated by Kılıçdaroğlu to run for parliament in the June 7 and November 1 elections. This move was interpreted by many as a move to curb inner party opposition by Kılıçdaroğlu.

However, prior to the June 7 elections, Oran's name was mentioned in numerous allegations with links to the controversial Gülen Movement and he was blamed as the main facilitator of links with the CHP and Gülenist organization, which may be the main motivation behind the suspension of his candidacy.

The allegations included involvement with the sex tape incident that led to Kılıçdaroğlu's predecessor Deniz Baykal's resignation, funding a controversial author with CHP funds and even involvement in an assassination plot against President Recep Tayyip Erdoğan's daughter. Oran fiercely resisted against these allegations, and concrete legal action against Oran was not carried out although he is not protected by parliamentary immunity since June 7.
Last Update: Nov 08, 2015 1:53 pm