Sculpture on President Erdoğan’s desk says: One Nation, One Flag, One Homeland, One State 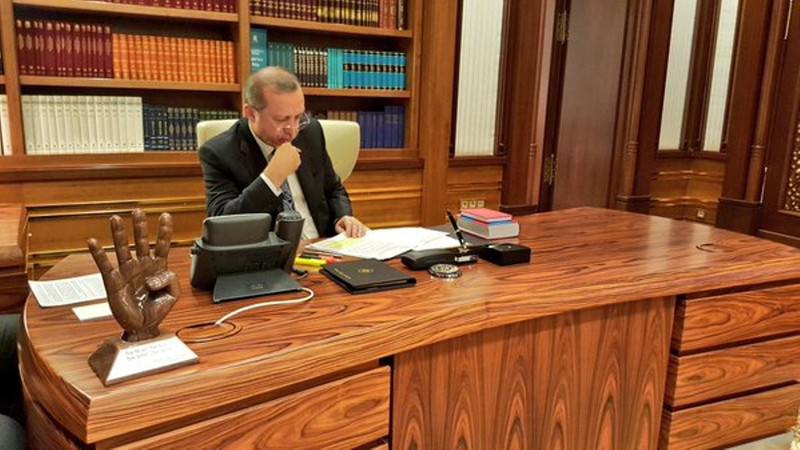 by Daily Sabah Nov 10, 2015 12:00 am
A hand sculpture, depicting a gesture called "Rabia" made by raising four fingers of a hand and folding the thumb, was seen on the desk where President Recep Tayyip Erdoğan held a phone talk with United States President Barrack Obama on Monday night.

President Erdoğan frequently uses the gesture during his speeches where he declares his motto: One Nation, One Flag, One Homeland and One State.

The sculpture on his desk also has the motto written on its base.

President Erdoğan and Obama spoke on recent events related to Syria, including the strengthening of support for moderate opposition and fight against ISIS terrorists.