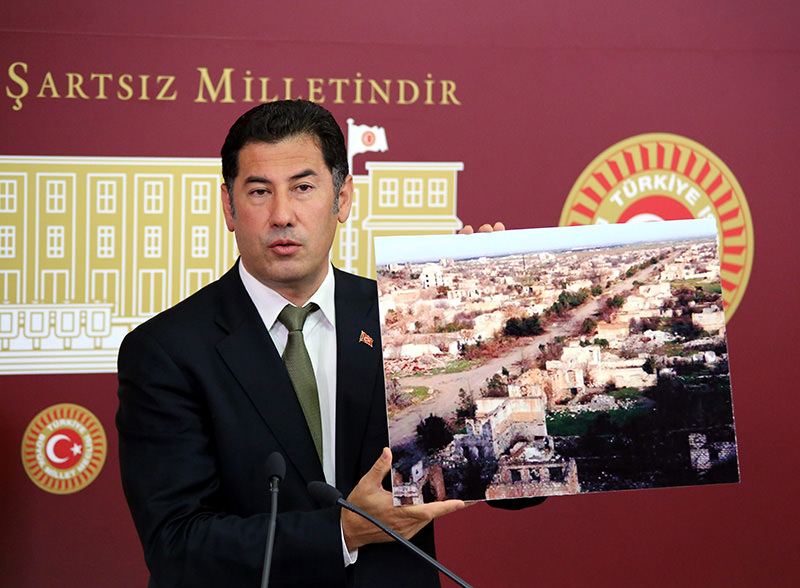 by daily sabah
Nov 12, 2015 12:00 am
Sinan Oğan, a former Nationalist Movement Party (MHP) Iğdır deputy, who was expelled from the MHP by party Chairman Devlet Bahçeli before the June 7 elections, has announced his candidacy for party chairmanship, and has called for an extraordinary congress.

He has reportedly collected around 500 signatures from party delegates to convene an extraordinary congress.

According to a report in the Milliyet daily on Thursday, Oğan had to collect at least 270 signatures to get the party to convene an extraordinary congress in which he is expected to run as a candidate against Bahçeli for the party chairmanship after he failed to bring the party to power in 13 elections in a row. Oğan is expected to announce his candidacy on Monday.

After the results of the Nov. 1 elections in which the MHP's votes dropped from around 16 percent to 11.9 percent, intra-party dissidents have started to question the party's years of failure and decided to try to elect a new chairman.

Former MHP deputies Meral Akşener and Koray Aydın, both of whom have strong support from MHP supporters, are reportedly preparing to run for the party leadership. Bahçeli's administration, however, will reportedly expel those who support change in the party.
Last Update: Nov 21, 2015 2:24 pm