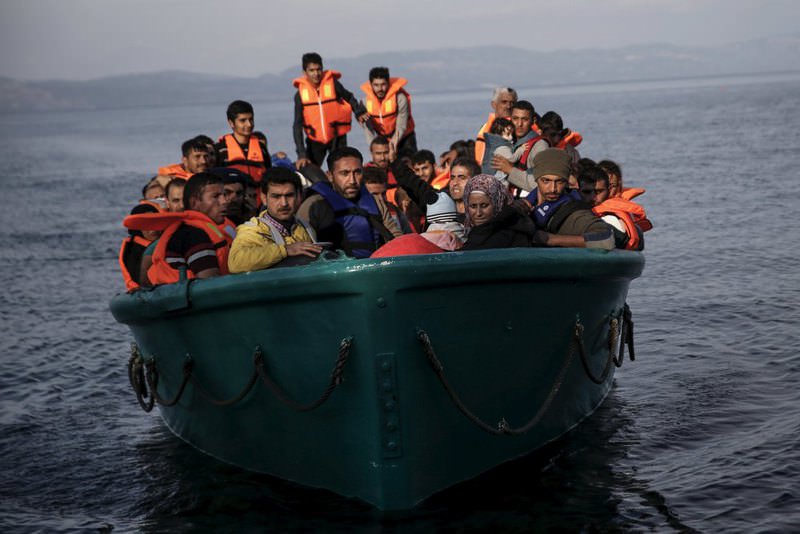 While the EU experiences one of the biggest challenges in its history with the refugee crisis, political analysts criticized Brussels for the way it handles the problem and accused the 28-member bloc with ‘only remembering Turkey when it experiences crisis'

With the ongoing refugee crisis and the EU's draft action plan on refugee management topping the international community's agenda, the Ankara-based think-thank Foundation for Political, Economic and Social Research (SETA) organized a panel on Thursday in which experts strongly criticized the plan as well as EU countries' stances on refugees.

Speaking on the panel, "Turkey-EU Relations in the Context of the Refugee Crisis," Middle East expert Dr. Michael Lüders mainly criticized Germany's stance on refugees and said: "Nearly every week we can recognize cases of burning houses of refugees." Justice and Development Party (AK Party) Istanbul Deputy Mustafa Yeneroğlu, who is also an expert on Turkish-EU relations, said that the EU only remembers Turkey when it experiences crises and that the EU modifies its norms accordingly to its interests.

During the panel attended by many government officials, Yeneroğlu said that Turkey previously did not have any experience in refugee crises and it has changed its status from a transit state to a target state. Commenting on the EU's draft action plan that aims to increase support to Ankara on refugees and migrant management, Yeneroğlu said Turkey is not being treated as a candidate for EU membership, but is rather perceived as a buffer country to keep EU countries away from any threats or crises. He said that this perception by the EU can clearly be recognized from the action plan, which indicates calls for convincing Syrian refugees to stay in Turkey and preventing illegal migration through enhanced security measures.

Yeneroğlu added: "The EU had a model for coastal security until 2014, but canceled it for economic reasons. Thus such policies have deliberatively led to an absolute death of migrants on boats." He said that Turkey must readjust its immigration policies and that the majority of items in the draft action plan are against Turkey's norms. Yeneroğlu said the draft action plan must also be adjusted for sincerity and sharing the burden. Adding on to Yeneroğlu's statements, Emre Gönen, an academic at Istanbul Bilgi University, said: "It is in Turkey's existential terms to accept migrants. It began in the era of the Ottomans." Gönen, commenting on the human trafficking of Syrian refugees in Turkey, stressed that Ankara must take this seriously and make the necessary actions to prevent cruelty and exploitation. He further added that Turkey as a country, including all political parties, nongovernmental organizations and policymakers, must come to a consensus. He also said the EU progress report will change many more times.

The panel was closed by Dr. Lüders who criticized both the EU and Germany for its policies and actions on refugees and emphasized the significance of the issue and how it will grow if not addressed. He said that Hungary started chaos after building a fence to prevent refugees from coming in and added: "It is astonishing to see that the U.K. and France are not interested in taking refugees since these countries share most of the responsibility for creating the refugee crisis in the first place." He said that the Islamophobia in Europe is increasing and that many right-wing politicians in the EU are conducting political campaigns on the topic of Muslim refugees. He stressed that all countries must rethink their foreign policies, and added: "If we do not focus on long-term solutions rather than short-term [ones] then we may face the diminishing of our values." He ended his comments saying that European politicians and intellectuals are only trying to create fear and Germans love fear. He said that there is still hope for a solution to the refugee crisis.