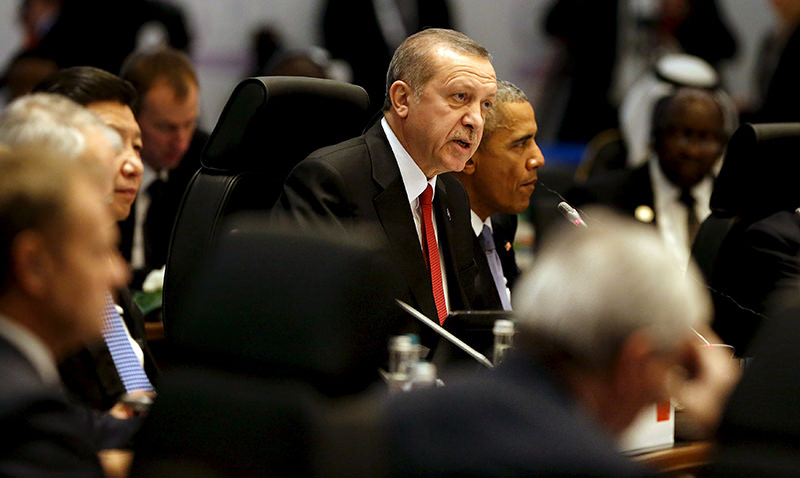 | Reuters Photo
by Daily Sabah Nov 16, 2015 12:00 am
President Recep Tayyip Erdoğan underscored the issue of terrorism being a serious threat against global peace, security and the economy, in the closing speech he carried out at the Group of 20 Summit which was held in Southern Antalya province.

He touched upon the refugee issue and said that it is no longer a problem that threatens a single country, but has global consequences.

"The issue of refugees and terrorism should not be conflated" the Turkish president said and added that, linking the two is an effort to avoid humanitarian responsibility. He noted that Turkey is hosting over 2.5 million refugees with 2.2 million coming from Syria and 300,000 from Iraq.

It added that the G20 condemns all acts, methods and practices of terrorism, regardless of the motivation and manifestations.

"We reaffirm that terrorism cannot and should not be associated with any religion, nationality, civilization or ethnic group" the statement said and added that the G20 will prioritize the fight against terrorism, while pleding to work together "to prevent and suppress terrorist acts through increased international solidarity and cooperation."