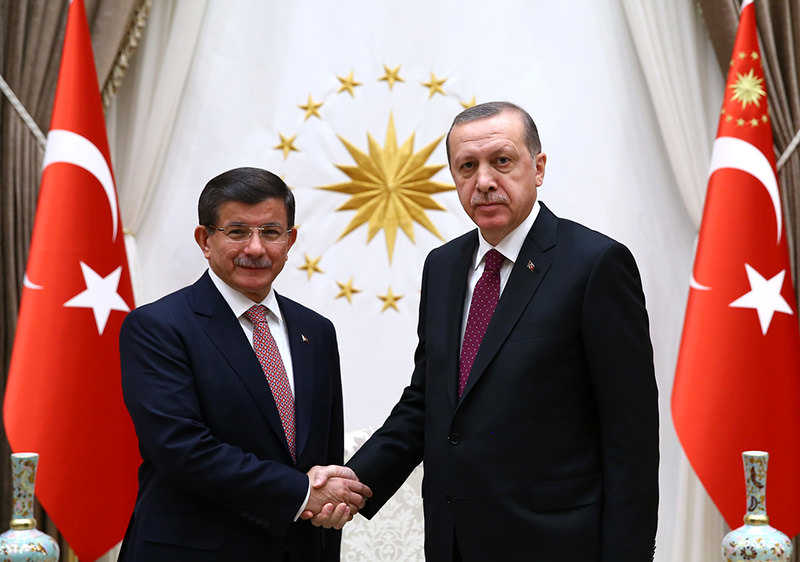 by daily sabah
Nov 17, 2015 12:00 am
President Recep Tayyip Erdoğan authorized prime minister and leader of the Justice and Development Party (AK Party), Ahmet Davutoğlu, to form a government yesterday after the oath-taking ceremony of the newly-elected deputies.

After taking his oath in front of Parliament, Davutoğlu went to the Presidential Palace and offered to President Erdoğan his resignation from the interim cabinet. While the interim cabinet will continue to work until the new government is formed, Davutoğlu is expected to form the government today, Nov. 18, which marks the 13th anniversary of the party's founding by former Chairman Abdullah Gül.

Before the new cabinet commences work, deputies will choose the new parliament speaker and Bureau of the Assembly on Nov. 22. Its members will be determined in proportion with the parties' representation in Parliament, and it is expected that in the 18-seat assembly, 10 deputies will be from the AK Party, five from the Republican People's Party (CHP), two from the Peoples' Democratic Party (HDP) and one from the Nationalist Movement Party (MHP).

Candidates for the position of Parliament Speaker will submit their applications after the first plenary session and the oath-taking ceremony. The deadline for applications is Nov. 21.