It's unacceptable to associate Islam with terrorism, President Erdoğan says 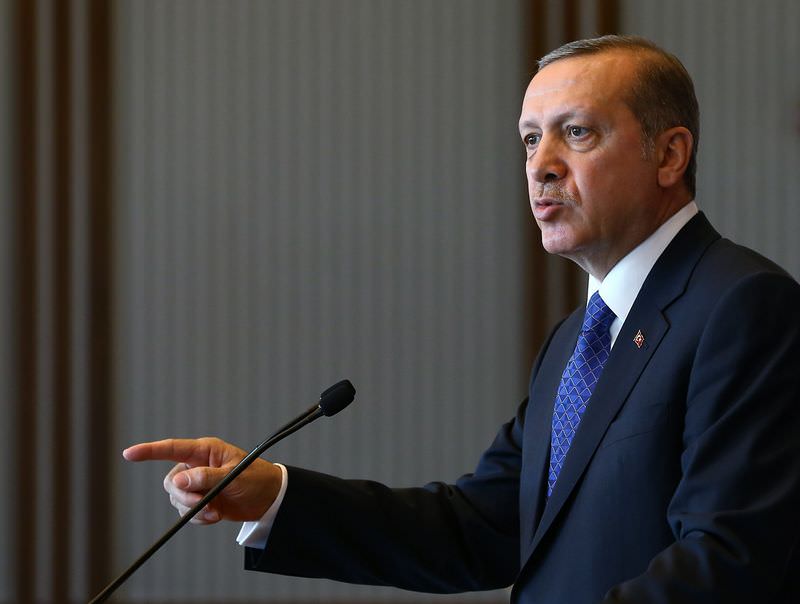 | Sabah Photo
by Daily Sabah Nov 18, 2015 12:00 am
President Recep Tayyip Erdoğan on Wednesday said that it is unacceptable to associate Islam with terrorism based on the actions of terrorist organizations like Daesh, as he underscored they do not represent Islam or the Muslims.

Speaking at a live broadcast on ATV-AHaber channels, President Erdoğan underscored that Daesh is an internal and external threat for Turkey.

He said that there is nothing Islamic about Daesh and that it is politically wrong to refer to them as an 'Islamic State.'

President Erdoğan also underscored that Turkey has the necessary power to carry out a ground offensive against Daesh.

"Three steps are crucial to resolve the Syrian Crisis: declaring no-fly and safe zones and a train-and-equip program" Erdoğan said, while adding that the coalition forces are taking joint action against Daesh.

Erdoğan stated that Turkey will continue to carry out anti-terror operations until concrete results are achieved and peace is restored.

"Let the nation, academics and politicians discuss that" he said, adding that evaluations should take into consideration if it will be beneficial for Turkey or not.

Referring to the G20 summit hosted by Turkey, Erdoğan noted that a vast majority of the G20 countries are ruled by presidential systems, while he refuted claims that he sought to consolidate his own power through such a system.

He also touched upon the issue of hooligans who whistled during Greece's national anthem at the football game on Tuesday.

"Those who whistled during Greek national anthem at the game yesterday don't represent Turkish nation" he said, while he condemned such intolerant acts.

The constitutional change required for a presidential system would have to be approved by a referendum.

The current constitution was drafted in 1982 following a military coup and has undergone several amendments since.

The AK Party has pledged to reform the constitution for a more democratic and free society.