PM Davutoğlu: Terror operations to continue until all mountains cleansed 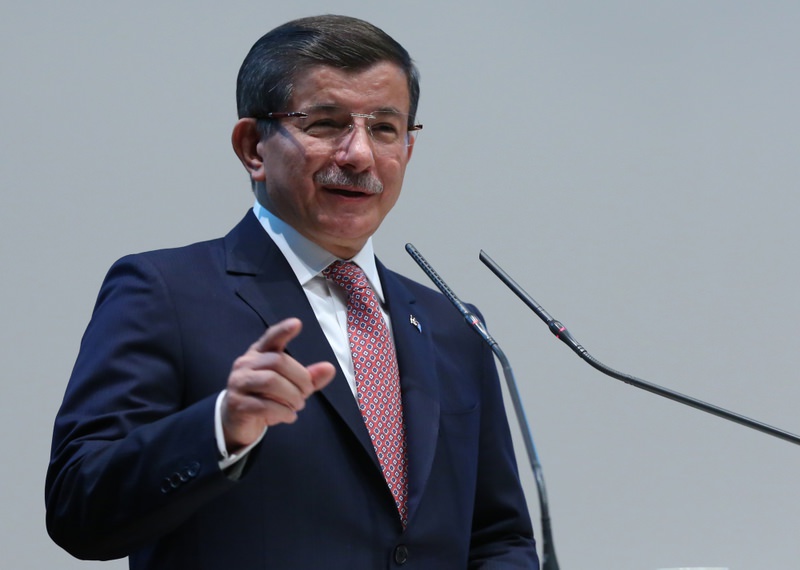 by Daily Sabah with AA
Nov 18, 2015 12:00 am
Prime Minister Ahmet Davutoğlu reassured in a speech in Ankara on Tuesday to Justice and Development Party (AK Party) provincial headmen from the country's 81 provinces that counterterror operations will continue without relent until all mountains are cleared of terrorists.

Recalling the days when the PKK terrorist organization took up arms again and killed two police officers in their sleep, Davutoğlu said: "The days between July 20 and July 23 … we witnessed what these snakes carried out together. We gave the necessary response. Those days will never be erased from my memory."

Asserting that the government did not leave the country unprotected at that time, Davutoğlu said: "We showed that Turkey is not protected in retaliation for terrorist attacks. This fight will continue until the mountains of Turkey are cleansed."

Furthermore, the Turkish military hit 44 PKK targets in Qandil Mountains located in Northern Iraq, a statement from the General Staff said on Sunday. The government has intensified its counterterror operations following the recent attacks carried out by the PKK, which is recognized as a terrorist organization by the U.S., the EU and Turkey.

Formed in 1978, the terrorist group fought the government for an independent state until the early 2000's. The group then shifted its goal to autonomy in predominately Kurdish inhabited regions of Turkey. The PKK announced on July 11 that the cease-fire, which was declared via a message from the PKK's imprisoned leader Abdullah Öcalan in 2013, has ended.

Davutoğlu further picked on the opposition parties for their failure in the Nov. 1 elections. He mocked the Republican People's Party (CHP) and Nationalist Movement Party (MHP), saying the two parties should cover their headquarters with maps of Turkey in order to realize that they are marginalized while the AK Party represents the whole.

In addition, Davutoğlu reiterated his call for a new and liberal constitution that was not prepared by coup leaders.

"Turkey's most important priority in this new period is a new constitution. Turkey can no longer be ruled with the coup Constitution that does not have a spirit of democracy," he said in his speech.

In the Nov. 1 elections, the AK Party regained its single-party majority with 317 seats in the 550-seat Parliament by receiving 49.5 percent of the vote.

The party secured almost 9 percent more votes compared to the general elections on June 7 that saw no party win an outright majority.

The number of seats required to hold a referendum on changing the constitution is 330.