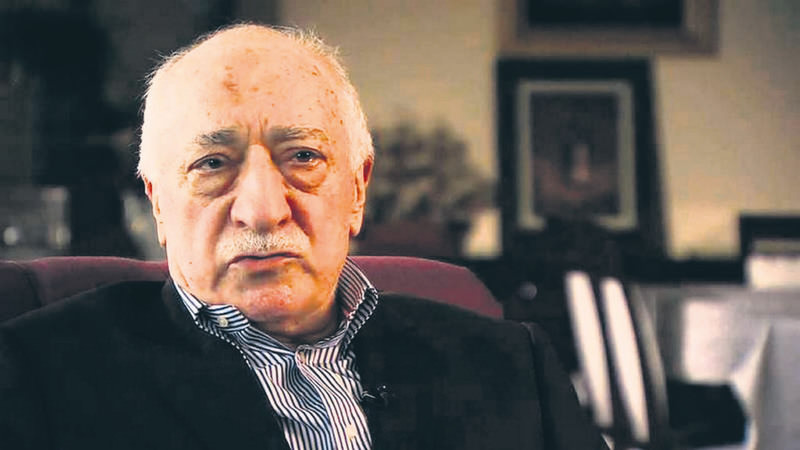 by Ali Ünal
Nov 19, 2015 12:00 am
Last week Daily Sabah published an article based on sources from the European Commission (EC) and European Parliament (EP) who spoke under condition of anonymity, claiming that Gülenist organizations funded dozens of trips to Turkey for members of the EP as well as EC staff in order to develop stronger relationships with high-level EU officials and used these connections to leak and manipulate the EC's Turkey Progress Report.Ankara considers the Gülen Movement, which is headed by retired fugitive cleric Fethullah Gülen, who lives in the U.S., a threat to Turkey's national security. A prosecutor in a recent indictment referred to the movement as the Gülenist Terror Organization (FETÖ).

According to the Nov. 8 Daily Sabah article, Gülen Movement-affiliated business associations, such as the Turkish Confederation of Businessmen and Industrialists (TUSKON), have arranged and funded dozens of trips to Turkey to forge closer ties with high-level EU officials and politicians since 2009. The sources accused EC official Christos Makridis, the former deputy head of the Turkey Unit at the Directorate General of Neighborhood and Enlargement Negotiations, of having close connections to Gülenists. According to the allegations, European officials manipulated and leaked the Turkey Progress Report to journalists with links to the Gülen Movement.

Responding the allegations, a senior EC official said: "These allegations are both libelous and without any foundation," while confirming that Makridis participated in a trip organized by the Gülenist TUSKON Business Association to Turkey. However, the EC official clarified that the point of this trip was to familiarize members of the local business community and – where possible – local authorities in the region with the work of the EU. "The cost of this mission [trip] was funded by the European Commission," the official explained.

The Daily Sabah article also includes an allegation regarding Makridis, and according to these allegations based on sources from the EC, the draft version of the EC's Turkey Progress Report was leaked to Gülen Movement-affiliated newspapers days before its announcement as a return for these favors. The official responded to Daily Sabah's allegations: "Mr. Makridis has never received any favors, in any form, as your article suggests nor has he ever 'leaked any draft version of the EC progress report' or any other document to any newspaper with no exception." Articles on Turkey's EU Progress Report that were published in Today's Zaman, an English-language newspaper tied to the Gülen Movement, however, provide support for these claims. For instance, the EC's 2012 Turkey Progress Report was released on Oct. 10, but almost every detail about the report was published in two articles in Today's Zaman on Sept. 20 and Sept. 23, 2012. Similarly, the 2013 Turkey Progress Report was released on Oct. 16, but details of the report were published in the same paper on Sept. 14, almost two weeks before any other Turkish papers ran stories on it.

The Gülen Movement has previously conducted lobbying activities against the government in Washington, Brussels and Strasbourg, which has adversely affected Turkey's foreign politics.

In line with these claims, EU Minister and Chief Negotiator Beril Dedeoğlu said last week that she is under the impression that lobbies working against Turkey heavily influenced EU officials, leading to the inclusion of unfair criticism in the report. "For instance, there is a part in this year's report that says a large number of judges and prosecutors are designated and this causes concern about [the independence of the] judiciary. We checked this figure and found out that in 2012-13 the number of designated judges and prosecutors was higher than this year, but this issue was not mentioned in previous progress reports," Dedeoğlu said.

Dedeoğlu further said that prior to the release of the report, some EU officials attempted an underhanded proposal to soften the tone of the criticism in the report if Turkey accepted EU terms on the refugee issue.