Operations against PKK youth branch to intensify with new gov't 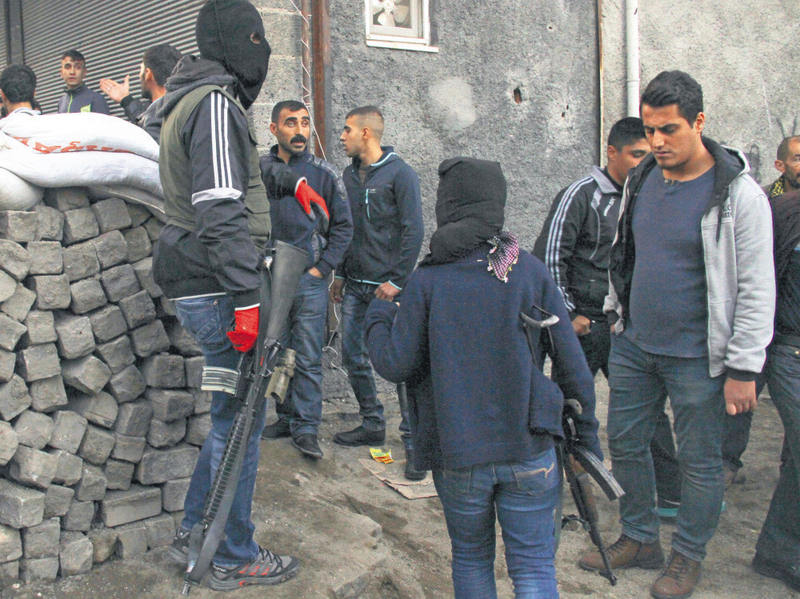 Intensified operations against the PKK, KCK and YDG-H both in rural and urban areas is expected with the new government following the successful operations by security forces and support from the local people in the region

The anti-terror fight will be important for the new government, and as soon as it is formed, new operations against the PKK, its umbrella organization the Kurdish Communities Union (KCK) and the PKK youth wing Patriotic Revolutionary Youth-Movement (YDG-H) as well as DAESH will be carried out with comprehensive air strikes.

The Turkish Armed Forces (TSK) has continued operations in Şırnak and Hakkari provinces against the PKK following the cleansing of the İkiyaka Mountains and Doski Valley, which PKK militants were using as a shelter and logistic position.

Sources said that operations would be deepened not only against the PKK's presence in rural areas, but also its organization in urban areas, especially for the YDG-H and the KCK.

Security forces have already positioned tanks and armored devices uptown to protect borders in several violence-torn provinces. Following the announcement of the end of curfews in those provinces, normalization will be accelerated, and almost 90 percent of forces will be withdrawn.

Moreover, heavy sanctions for those who participated in terror activities will be implemented. Since any "parallel state structure" is recognized as a threat in the National Security Policy Document, it is expected that the government will give no quarter for KCK and YDG-H terrorists in this process.

An estimated 2,000 to 3,000 people can get together and join the YDG-H in Diyarbakır, but it is not a secret that the YDG-H's presence in other places in the southeast is undermined due to people being fed up with activities hindering everyday life.

Sources said that almost 50 trained PKK militants came to Silvan in Diyarbakır province in a month to prevent the failure it had in Hakkari's Yüksekova district and Diyarbakır's Sur district and armed around 2,500 youths. However, reports say that families of 2,300 of them gave back the supplied arms and left Silvan. There was also a similar incident in Yüksekova in which 1,200 people handed back weapons.

Terrorist organization will also be targeted in the winter on the instruction of Prime Minister Ahmet Davutoğlu to top generals for the planned marginalization of both the PKK and the YDG-H in the region.

President Tayyip Erdoğan has also consistently expressed his determination and vowed to fight the PKK and other terrorist organizations until all terrorists are "liquidated."

Since the end to the ceasefire with the state in July, the YDG-H had tried to conduct several terror activities, including digging ditches, blocking roads and clashing with security forces, in several districts in southeastern provinces.

Moreover, self-rule claims by mayors from provinces, including Van, Şırnak, Mardin, Batman, Hakkari, Muş and Diyarbakır, occupied the political agenda in the region. Numerous co-mayors who have been charged with making self-rule claims were either detained or arrested.

The end of the peaceful atmosphere due to the breakdown of the reconciliation process and increased terror activities in the region caused the pro-Kurdish Peoples' Democratic Party (HDP) to lose around 1 million votes in the latest elections on Nov. 1. The HDP has been pointed to as an actor to address the Kurdish issue and hold its pledge to convince the PKK to disarm.

The HDP's dramatic loss of votes in the elections was commented on by one of its deputies, Altan Tan, who said, "It was wrong that the PKK and the YDG-H took the war to city centers and reduced democratic autonomy to self-defense and ditches."

Tan added that the middle class in Diyarbakır, which according to him makes up 70 percent of the population, was scared of the PKK digging ditches and shutting down shops and previously argued that 84.2 percent of Kurds did not find it appropriate to dig ditches as part of the "so-called revolutionary people's war."
RELATED TOPICS