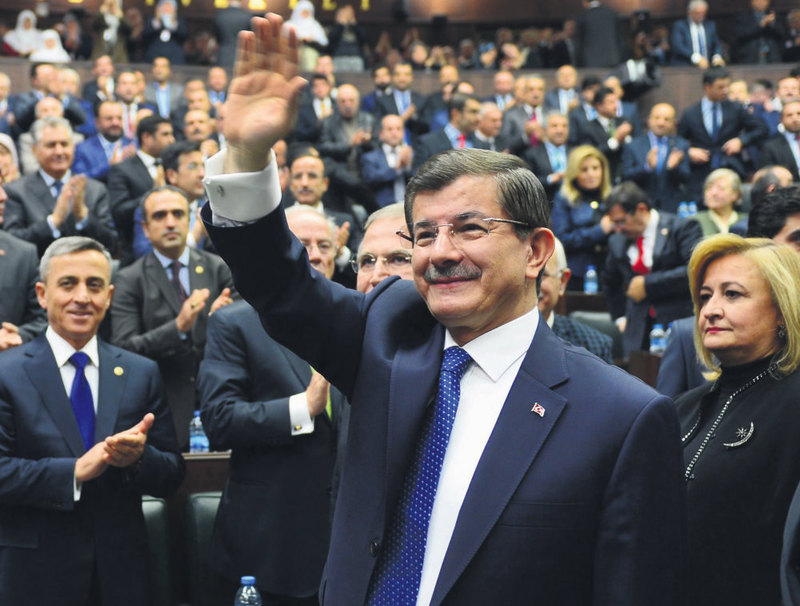 The new AK Party government will focus on making reforms which for the acceleration of Turkey's EU accession process and to address demands of the Kurdish population, as well as taking considerable steps on the Alevi and the Roma communities' issues

The new government is expected to be announced by Justice and Development Party (AK Party) Chairman Ahmet Davutoğlu on Monday following the AK Party's victory in the Nov. 1 elections. While preparations are still being made for the new government's program, which is expected to be announced on Nov. 26, AK Party sources have indicated that extensive reforms in several areas will be the main priority for the new government, including steps that aim at alleviating the grievances of the Kurdish and Alevi communities. "The main priority for the new AK Party government will be to initiate new reforms in certain areas," a senior AK Party official said.

"We will focus on new reforms to solve Turkey's age old problems. These reforms will reinvigorate Turkey's reformist image abroad and remedy the damage done since the Gezi Park incidents and the struggle against the Gülenist Terror Organization," another source from the Prime Ministry said.

Accordingly, new reforms to revitalize Turkey's EU accession process will be introduced initially. The lifting of Turkey's reservations on the European Charter of Local Self-Government in an attempt to address the Kurdish population's demands is expected to be addressed after the formalization of the new government.

The charter, which the Council of Europe adopted in 1985, introduces safeguards against interference in local governments, many of whom remain subject to Turkey's reservations. In recent years, however, the country has adopted a number of legal reforms regarding local government to render its original reservations increasingly insignificant. Legal amendments to accelerate Turkey's readmission agreement process will also be a priority.

As part of the readmission agreement, there were 72 different EU requirements and Turkey has fully or partially fulfilled 62 of them already and is expected to meet the requirements until the end of 2017. However, in line with the EU's refugee action plan, Turkey accepted to implement the readmission agreement until end the of 2016, therefore these legal amendments will be priority. Thus Turkey's long-awaited data protection law, which is related to EU requirements, will be a priority.

A comprehensive judicial reform package will also be one of the high priority issues, particularly as the country is a candidate country for EU accession. The independence of the judiciary and supremacy of the rule of law is one of the most concerning areas underlined in Turkey's EU progress report.

Accordingly the judicial reform package, which will have amendments in line with EU standards, will aim to strengthen the supremacy of the rule of law. With the judicial reform package, the new government is also expecting to meet opening criteria of the EU's long-discussed chapters 23 and 24, which are related to rights and freedoms, and justice and security issues in line with the expectation of opening these chapters to negotiation in the first half of the 2016.

In addition, the new government is also expected to initiate new reforms in order to solve the country's age-old problems such as Alevi and Roma issues. The new reforms will include significant steps to address the long-standing concerns of the Alevi population within the country's borders. The common claim made by a variety of groups in the Alevi community is that they seek public recognition of the Alevi identity and institutions as well as the acknowledgement of grievances caused by the Turkish state. In line with these expectations, legal arrangements will be made and water and power expenses of Alevi worship houses (Cemevis) will be covered by the Presidency of Religious Affairs (DİB).

Moreover, Alevi religious leaders, known as "Dedes," will also get salaries from the government, like imams in mosques, with the new regulations. According to sources, the key point in the reform package will be the status of Cemevis. Sources stressed that Alevis will be able to worship at Cemevis with the new regulations. Moreover an institution called the Traditional Wisdom Centers and Cemevis is to be established to regulate Cemevis.

The new government program is expected have several reforms for Roma people in Turkey. In the previous AK Party government, Prime Minister Ahmet Davutoğlu appointed Turkish citizen Metin Özçeri, who is of Roma origin, as an adviser with aims to reach out to Roma communities in Turkey. Moreover, in recent days Turkey's first Roma TV station started broadcasting with the aim of preventing prejudice against the community.

Furthermore the new government is planning to establish the general directorate under the Family and Social Policies Ministry to deal with Roma citizens' problems. The Roma population will have a direct office to notify their problems to. A special institution under the Presidency for Turks Abroad and Related Communities will be established to provide better services for the Roma population.