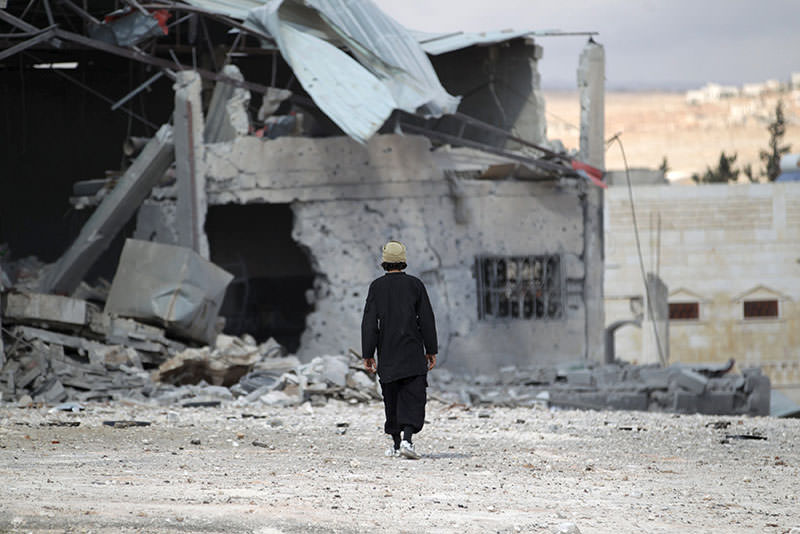 Southern countryside of Idlib, Syria, October 7, 2015 (Reuters)
by Daily Sabah Nov 21, 2015 12:00 am
Almost 40 thousand Syrian Turkmens have fled from their homes to safer villages near the Turkish border Saturday following attacks by Syrian and Russian forces.

A number of Turkmens have also entered Turkish soil from Turkey's Yayladağı border crossing in the southeastern Hatay province.

A mobile bakery in Yayladağı has also started producing bread to be delivered to the Turkmens fleeing to safer villages near the Turkish border.

Muhammed Komurcu, a Syrian Turkmen Association official, told Anadolu Agency that the number of internally displaced people has doubled.
The Turkmen-majority area is about to fall to regime forces which may cause 15,000 Turkmen to flee to Turkey, Mokhtar Fatih Mohamed, head of Turkmen doctors group in Bayır Bucak region, told Anadolu Agency on Friday.

Turkmens are a Turkic ethnic group based largely in Syria and Iraq, where they live alongside large Arab and Kurdish populations. The Turkmen community, which includes both Sunni and Shia Muslims, share close cultural ties with Turkish people.

Syria's devastating civil war, now in its fifth year, has left at least 250,000 people dead, according to the U.N