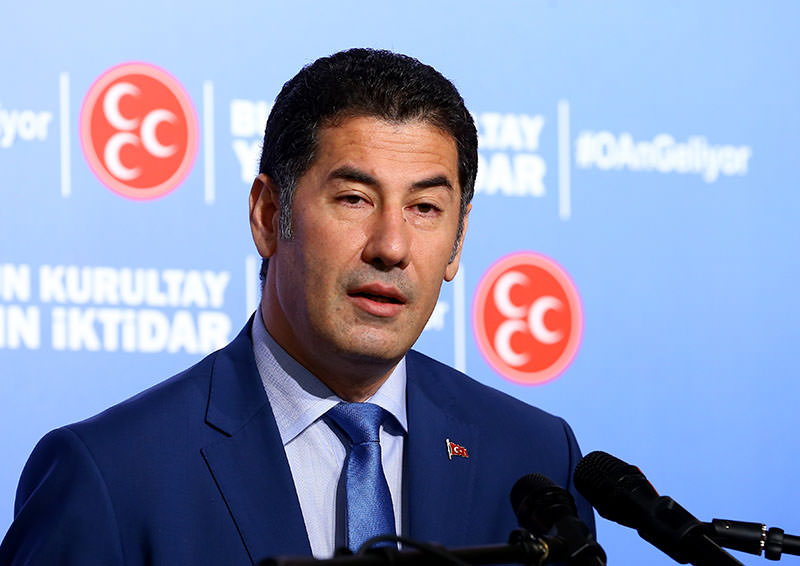 | AA photo
by Anadolu Agency Nov 21, 2015 12:00 am
A former deputy from the Nationalist Movement Party (MHP) in Turkey has called Saturday for the organization of an extraordinary party congress as he announced his candidacy for the chairmanship.

Ex-deputy Sinan Oğan urged the party's current leader Devlet Bahçeli to convene the congress -- a requirement in order to hold an election for party leadership -- and "give an opportunity for free discussion".

"I invite Mr. Chairman to respect the law [...] and call on him to take our party to an extraordinary congress as soon as possible," Oğan told reporters in a press conference in Ankara on Saturday.

Oğan said the MHP had become a party that was stuck on select issues, driving it away from being a party that represented the whole country.

Yet, the Ankara 23th Civil Court of First Instance rejected the party's decision to dismiss Oğan from the party, saying it was "contrary to the party's rules".

Moreover, the MHP's former Istanbul deputy, Meral Aksener, and former deputy from the northern Trabzon province, Koray Aydın, are expected to announce their candidacies for the chairmanship this coming week.

Devlet Bahçeli has been chairman of the Nationalist Movement Party since 1997. MHP has lost its position as the third largest group in parliament in the wake of November elections becoming only the fourth following HDP.
Last Update: Nov 21, 2015 6:19 pm
RELATED TOPICS