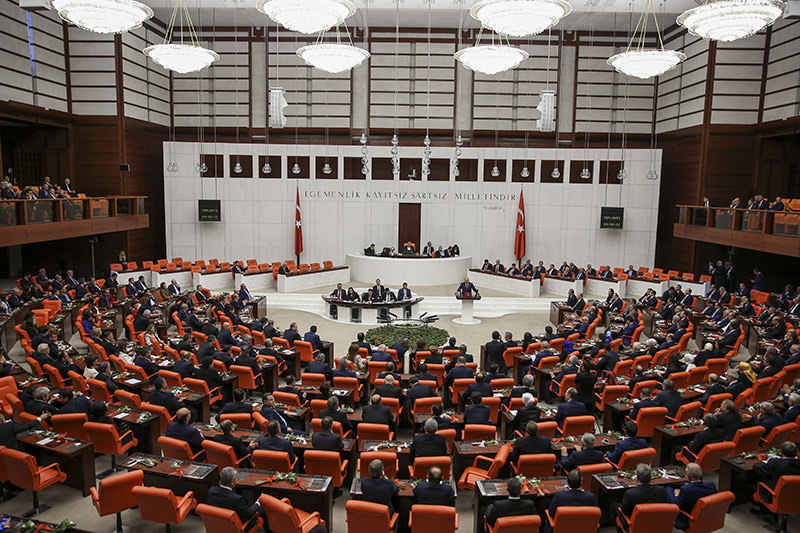 by Daily Sabah Nov 22, 2015 12:00 am
İsmail Kahraman from the Justice and Development (AK) Party has been elected the new Parliament Speaker Sunday after receiving 316 votes in the third round of the election.

The other candidates were Ayşe Gülsün Bilgehan from the Republican People's Party (CHP), Dengir Mir Mehmet Fırat from the Peoples' Democratic Party (HDP) and Yusuf Halaçoğlu from the Nationalist Movement Party (MHP).

The speaker is voted for by the 550 deputies of the Grand National Assembly. In the first two rounds of voting, successful candidates need the support of at least 367 lawmakers. In a third round of voting, a minimum of 276 votes is needed. If a fourth round is necessary the candidate with the highest number of votes is elected.

Here are the results in all three rounds:

In the second round, Kahraman received 318 votes, followed by Bilgehan with 126, Fırat with 40 and Halaçoğlu with 39 votes.

In the first round, Kahraman received 316 votes, followed by Bilgehan with 127, Fırat with 41 and Halaçoğlu with 41 votes.

The CHP deputy Deniz Baykal was acting as the speaker of the Grand National Assembly of Turkey, as the eldest member of the parliament.

HDP deputy Leyla Zana, whose parliamentary oath was declared void as she changed the oath statement by saying "The nation of Turkey" instead of the "Turkish nation", did not attend the session to take her oath.

He previously worked at the labor and culture ministries as, respectively, undersecretary and minister.