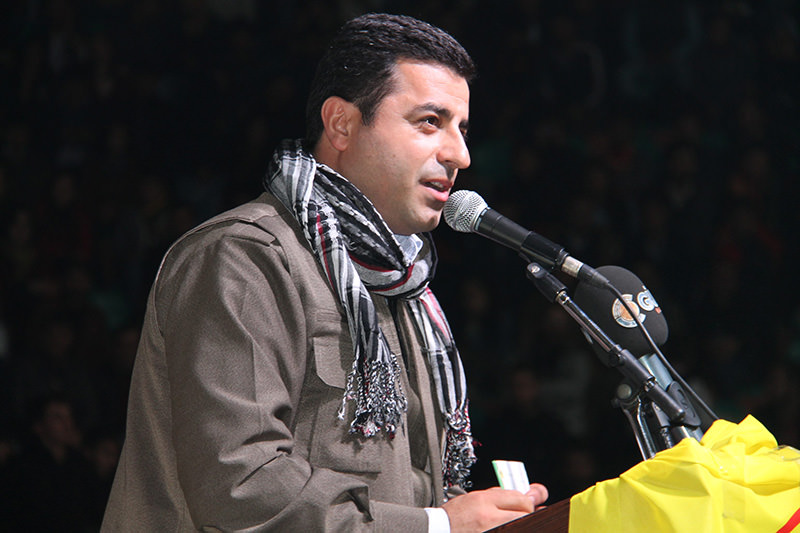 by Daily Sabah Nov 23, 2015 12:00 am
No trace of a gunshot was detected on Selahattin Demirtaş's car, the Diyarbakır governorship said on Monday in response to claims that a gunshot was fired upon the pro-Kurdish Peoples' Democratic Party (HDP) leader's car the previous day.

The party announced on Sunday that the rear window of Demirtaş's bullet-proof vehicle was hit by a bullet as it was driving in southeastern Diyarbakır province. Upon these claims, the Diyarbakır governorship launched an investigation into the incident and said that according to the preliminary examination, the 3x3 cm damage on the right side of the window was likely caused by a solid object.

In a previous statement, Demirtaş said that he did not hear any shooting sound. His car was later taken to the crime laboratory of Diyarbakır Police Department for inspection and no bullet was found on the armored vehicle.
Last Update: Nov 23, 2015 11:51 am
RELATED TOPICS