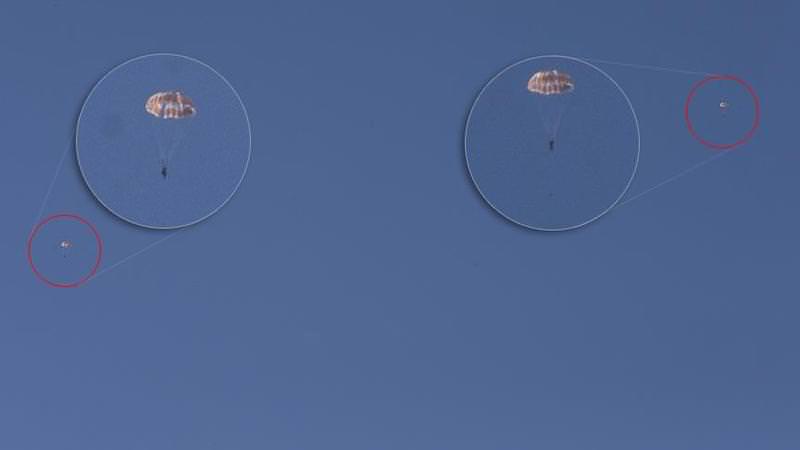 
Both pilots of the Russian SU-24 warplane, downed by the Turkish military on Tuesday, ejected with their parachutes from the aircraft before it crashed, footage showed.

A Russian fighter jet was shot down on Tuesday morning by Turkish Air Forces as part of rules of engagement and violation of airspace in the Kızıldağ region near Turkey's Hatay province close to the Syrian border.

Turkey's Presidency has confirmed the downed SU-24 fighter jet belonged to Russia and its was shot down after violating the country's airspace.
Last Update: Nov 24, 2015 6:16 pm
RELATED TOPICS