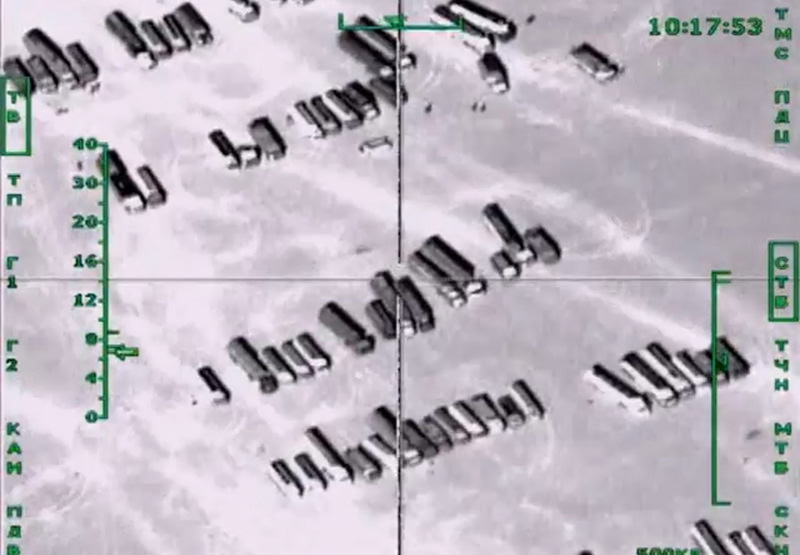 by Nurbanu Kızıl Nov 26, 2015 12:00 am
President Recep Tayyip Erdoğan on Thursday harshly criticized those accusing Turkey of buying oil from Daesh, and called them to prove their 'baseless' claims.

Speaking to local headmen at the presidential complex in Ankara, President Erdoğan dismissed false claims about Turkey buying oil from the terrorist organization, while he underscored the importance of fighting Daesh terrorists and restoring peace in the Middle East and North Africa regions.

"Turkey buys its gas and oil from Russia, Iran, Azerbaijan and Northern Iraq, as well as LNG from Algeria and Qatar," Erdoğan said in response to some Russian officials claiming that Turkey buys oil from Daesh.

He noted that it is the Assad regime which buys oil from Daesh: "Daesh sells the oil they drill to Assad, whom you (Russia) support" he said.

Erdoğan underscored that Turkey has suffered the most damage from terrorism and puts forth the biggest fight against Daesh, noting that it was first recognized as a terrorist group in 2005. He said that various Turkish cities, including Niğde, Ankara, Diyarbakır and Gaziantep have been targeted by Daesh, while noting that a total of 140 Turkish citizens and seven security personnel have lost their lives due to terrorist attacks by Daesh.

"Turkey has detained about 3,000 Daesh suspects and arrested 800 suspects since 2011," the president said, adding that Turkey has also confiscated 79 million liters of smuggled oil in efforts to put an end to smuggling from Daesh terrorists.

The president said that those who do not know about the history of the region cannot comprehend Turkey's sincerity regarding the crises in the region, especially the Syrian crisis. He highlighted the historical importance of the Middle East and North Africa for Turkey and said those regions were inseparable places with 1000 years of history.

"There are significant differences regarding the approaches to the Syrian issue by Turkey and other countries," Erdoğan said, adding that Turkey feels the pain suffered by Syrian civilians, the same way it did when Muslims were exterminated in Bosnia and Herzegovina.

"We cannot shut our eyes to anyone in our region," he added.

"I call upon the international press, there is no Daesh in the Latakia and Northern Latakia regions," Erdoğan said criticizing the attacks against Turkmens while noting that Turkmens are located in that region. "Do not try to fool us or the world by claiming otherwise."

He reiterated once again that Turkey will continue to support the moderate opposition groups and Bayırbucak Turkmens, referring to them as 'kin.'