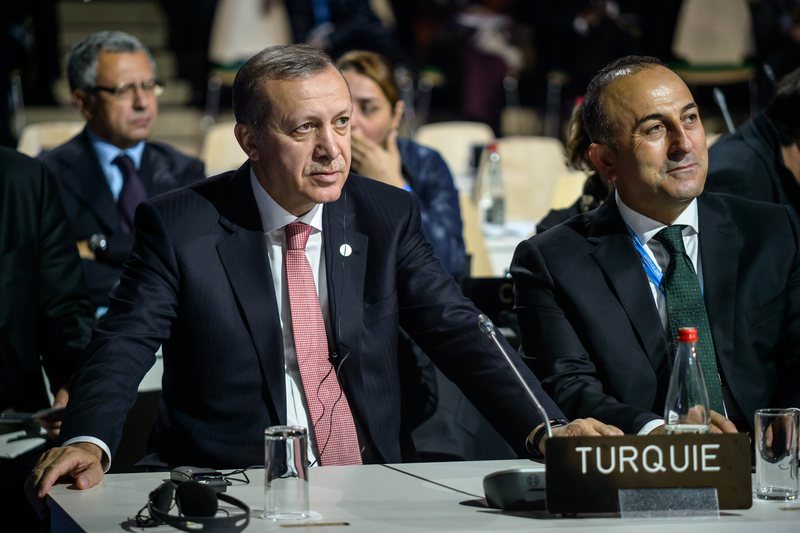 President Erdoğan, speaking at the climate summit in Paris, said Turkey is willing to do what it can to combat climate change, but added that developed countries had to carry the larger burden

President Recep Tayyip Erdoğan, speaking to the press on the sidelines of United Nations' climate conference (COP21) at the Le Bourget Fair Center in Paris on Monday, said any comprehensive deal necessitated a just and effective agreement. Erdoğan started his speech by thanking France for its hospitality and extending his condolences to those who lost their lives in the Nov. 13 terrorist attack. He said the world needed a strong plan after 2020 to prevent the rise in temperatures below 2 degrees Celsius.

"180 countries presenting their intention to join the fight against climate change is very important. Our main responsibility now is to ensure this global will is translated into a just, effective and comprehensive deal." He said Turkey had prepared its own road map until 2030 to fight against climate change, adding, "As a fast growing economy, we aim to decrease our carbon emission 21 percent by 2030. Our efforts will increase in line with our resources and the international support we receive. We sent to Paris an encouraging message from the G20 Leaders Summit that we hosted. We all need to do our share to ensure an agreement is reached in the next two weeks."

The President underlined the importance of preserving the principle of differentiating responsibilities present in previous deals, arguing that the Paris deal had to be realistic, independent and flexible. He said international support was a must to ensure the deal's success, noting that developed countries carried the largest responsibility in this fight. Erdoğan highlighted the importance of high-quality infrastructure investments in the joint struggle, wishing decisions taken in Paris to improve the lives of all.

PUTIN TURNS DOWN ERDOĞAN'S REQUEST FOR MEETING IN PARIS

Erdoğan also told journalists that Russia did not respond to his request for a meeting with Russian President Vladimir Putin.

Prior to his departure for Paris, President Erdoğan proposed holding a presidential meeting with his Russian counterpart in Paris to reduce tensions between the two countries. However, Moscow rejected Ankara's proposal. Turkey expressed its regret but refused to apologize, contending that the onus of apology falls on Russia since its war plane entered Turkish airspace despite receiving numerous warnings. "We are really saddened by this incident. We did not want such a thing to happen but unfortunately it did. I hope such a thing will not be repeated," Erdoğan said on Saturday in Balıkesir.