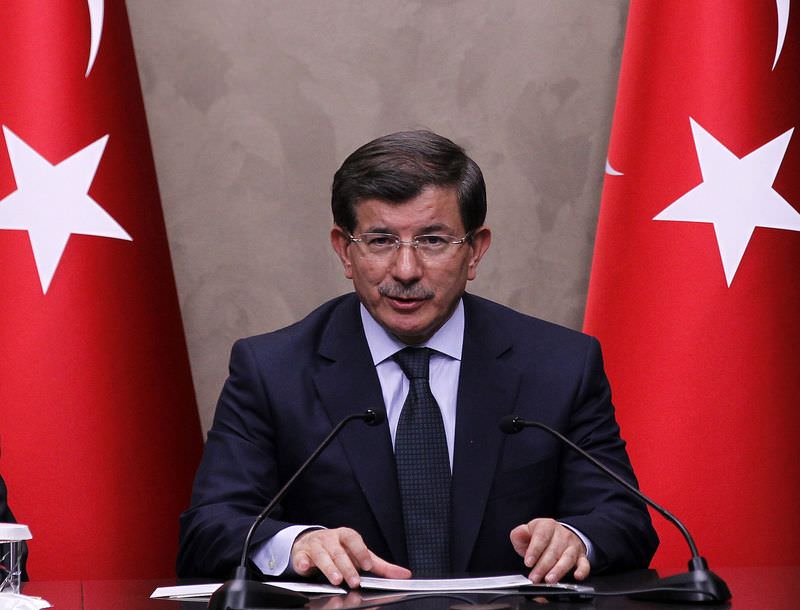 by Daily Sabah with Agencies Dec 03, 2015 12:00 am
Prime minister Ahmet Davutoğlu said on Thursday Russian accusations that Turkey is profiting from oil trade with Daesh are reminiscent of "lies" produced by the "Cold War-era Soviet propaganda machine."

Ahmet Davutoğlu's comments came before departing for Azerbaijan and were in response to Russian military claim that Turkey buys oil from the terrorist organization, following the escalation of Russia-Turkey tensions over Turkey's downing of a Russian plane last week.

Davutoğlu said the statements made by Russian officials in the past week remind him of his youth days, when the Soviets would spread propaganda.

"No one believes the lies of the Soviet propaganda machine" he said, adding they are Pravda-style lies aimed to cover up their problems with their neighbors.

He added that Turkey aimed to increase energy cooperation with Azerbaijan but stressed these efforts were independent of the spat with Russia.

Russia's claims had been refuted by President Erdoğan, who said he would resign if Russia proved its claims, while he invited his Russian counterpart to do the same.