I told Mr. Putin there was no Daesh presence in N. Syria but mostly Turkmens: Erdoğan 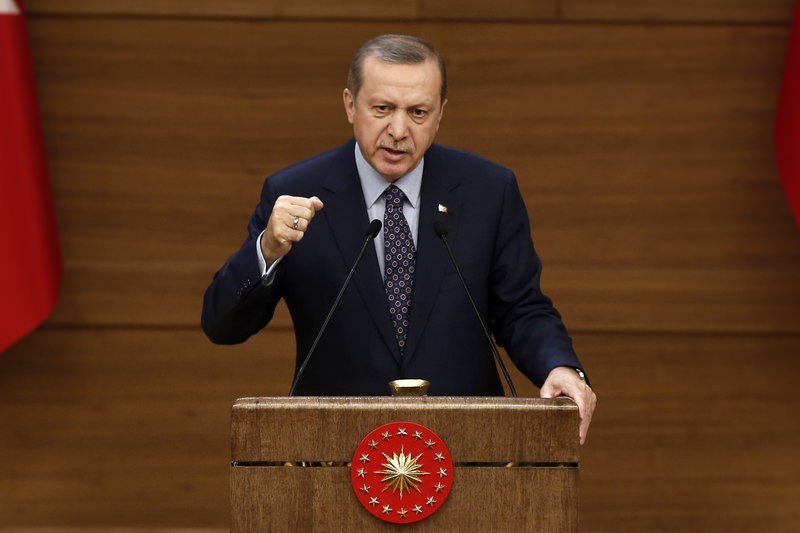 by Daily Sabah Dec 21, 2015 12:00 am
President Erdoğan gave a speech on Monday in Bursa in which he slammed Russian President Putin's claim that Turkey never informed Russia about the Turkmen presence in Northern Syria.

Touching upon Russian airstrikes on Turkmen regions where there are no Daesh terrorists, "I told Mr. Putin myself there was no Daesh presence in Northern Syria but mostly Turkmens," Erdoğan said.

"The hypocrisy we came across in Iraq [with Turkish troops in the Mosul incident] is not a surprise," he added.

Mentioning the oil trade between the Assad regime and the Daesh terrorist organization, he said: "We know the head of the Russian chess federation buys oil from Daesh and distributes it to the world, the U.S. treasury documents prove it."

Slamming the Republican People's Party (CHP) deputy Eren Erdem's slander that "Turkey provides Sarin gas to Daesh," he said that he cannot be silent towards such a baseless accusation. "I cannot stay silent to those baseless claims. The head of his party did not even utter a word of condemnation to that slander," he said, adding that Turkey has never supported any terrorist organization in any way.

President Erdoğan also mentioned Turkey's economy in his speech. "Our economic outlook has started to improve. Despite the tensions we have recently had with Russia, our exports are on the rise," he said, adding that Turkey's commercial activities will return to normal with Russia.
Last Update: Dec 22, 2015 1:11 pm
RELATED TOPICS