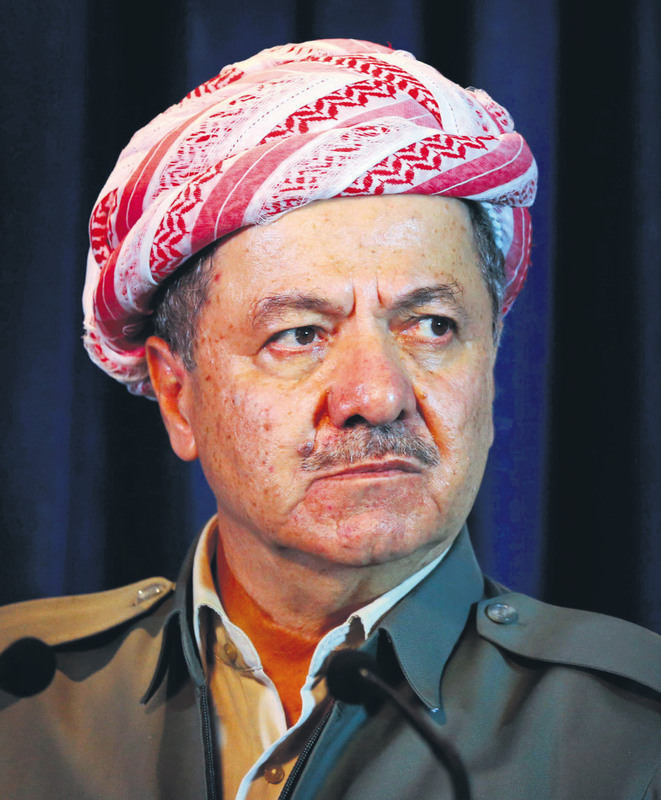 by Merve Aydoğan Dec 23, 2015 12:00 am
Iraqi Kurdistan Regional Government (KRG) President Masoud Barzani on Monday instructed his Kurdistan Democratic Party (KDP) to work with other parties to find a mechanism to hold the promised referendum on independence. According to KDP officials, Barzani urged them in the leadership meeting to find a mechanism with other parties for a referendum on independence. Commenting on the referendum on independence, the president of the Middle East Research Institute (MERI) based in Irbil, Iraq, Professor Dlawer Ala'Aldeen, told Daily Sabah that although "most people in [Iraqi] Kurdistan believe that independence is inevitable in the long term" not many would agree that now is the time for its declaration. Regarding whether Turkey is ready for an independent Kurdistan located on its southeastern border, Muzaffer Şenel, the director of the Center for Modern Turkish Studies at Istanbul Şehir Üniversity, said that Turkey is not far from the idea of an independent Kurdistan and that Turkey has been aware of the matter since the U.S. invasion of Iraq.

Barzani has harshly criticized the PKK and held it responsible for ending the reconciliation process with the Turkish state due to the PKK increasing attacks throughout eastern and southeastern Turkey. With Barzani's determined support for Turkey in combating the PKK and DAESH, Turkish officials have also stressed the significance of cooperation with the KRG. Turkey deployed 150 soldiers and up to 25 tanks to a camp in Bashiqa, Iraq to protect Turkish servicemen training Iraqi volunteers to fight DAESH. Barzani said in early Decemeber that Turkish forces in Iraq are there within the context of a pre-arranged deal between the two countries to train forces that will participate in an anti-DAESH operation on Mosul. With close ties between the KRG administration and Ankara, Şenel said that although Turkey is ready to accept an independent Kurdistan, what matters most is how the process is managed. "I believe that Turkey was managing the very well process until now, but though Ankara is ready for an independent Kurdistan I do not think that the public is as ready as Ankara," Şenel said. He also said that Barzani's policies throughout this process are highly significant.

Although the KRG and Turkey have close relations, Şenel said that if the KRG declares independence from Iraq then the only rational and economic door for them is Turkey. He said that although independence may affect regional dynamics negatively, it could contribute to the dynamics positively as well. "In the case of a declaration of independence by the KRG administration, the PKK's influence in the region will diminish as one of the losers of this process will be the PYD [Democratic Union Party in Syria] which has strong relations with the PKK," he said. Ala'Aldeen said: "Internally, Kurdistan's political parties and Baghdad partners have not agreed on a process between them. Regional neighbors are not yet ready to tolerate the KRG breaking away from Iraq, let alone support it. … This issue is often raised for internal consumption at times of internal crises. … Global powers would not want to see a weaker Iraq against DAESH."
RELATED TOPICS