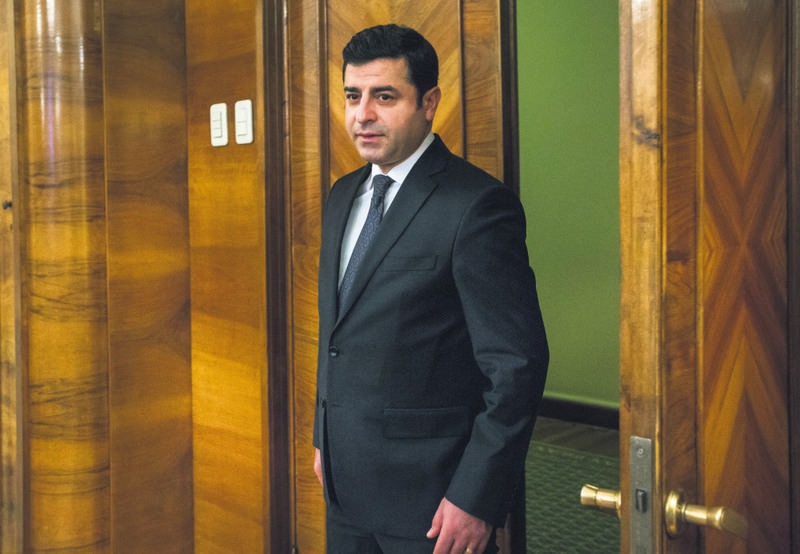 Having bid farewell to a year in which there have been two general elections, efforts to form a coalition government and the resumption of armed conflict with terrorists, Turkish politics in 2016 will further discuss the three main issues of PKK terror and counterterror operations in the southeast, drafting a new constitution and the uncertain futures of opposition party leaders

Turkey had a bumpy ride in 2015 with a lot of ups and downs that determined the fate of over 75 million Turkish citizens along with millions in neighboring countries. It has been a rollercoaster ride of a year. As Turkey welcomes 2016, there are hot topics and vital problems on the agenda that are waiting to be addressed.

In spite of leaving the rough times in 2015 behind, including two crucial general elections, Turkey will not be enjoying the next year free of any problems. Three main issues will be given the utmost importance in Turkey in 2016: PKK terror and extensive counter terror operations in the southeast, drafting a new and civilian constitution, as well as the uncertain fate of opposition party leaders.

While Turkey was in a state of uncertainty after the failure of the Justice and Development Party (AK Party) and the Republican People's Party (CHP) to form a coalition government, the Kurdish Communities Union (KCK), an umbrella network that includes the PKK, announced on July 11 that the cease-fire declared in 2013 ended, also threatening Ankara in their statement.

July 22 marked the restart of the armed fight against the PKK when terrorists killed two police officers in their sleep in the Ceylanpınar district of Şanlıurfa. Since then, over 3,000 terrorists have been killed both in airstrikes and ground operations in several districts in southeastern Turkey.Turkey enters 2016, while the most extensive operation of recent times is ongoing in the southeast. As President Recep Tayyip Erdoğan and Prime Minister Ahmet Davutoğlu affirmed many times, the operation will continue resolutely until the terror threat is eliminated.

Returning to the table for the "frozen" reconciliation process will only be possible if all PKK elements leave the country for good and bury their weapons as well as ammunition. With that out of the equation, given the statements of PKK leaders, Turkish citizens await a restless 2016, as security forces must crack down heavily on terrorists.

Speaking to Daily Sabah about his expectations for the operations against the PKK in 2016, Ahmet Taşgetiren, a columnist for the Star, said the PKK's strategy to dig ditches in urban areas led to the state making a new decision. "It cannot continue this way, said the state. This fight [against terror] will carry on until all streets are cleansed [of terrorists]," Taşgetiren said, adding that he believes the operations will prevail in the end.

The meeting between Prime Minister Davutoğlu and CHP Chairman Kemal Kılıçdaroğlu, a day before New Year's Eve, sparked a glimmer of hope among Turkish citizens for the drafting of a new and civilian constitution. Both parties stated after the meeting that the two leaders share a common stance on a new constitution that would erase the effects of the coup era.

Davutoğlu will also hold a meeting with Nationalist Movement Party (MHP) Chairman Devlet Bahçeli on Jan. 4. Even though it still remains a mystery whether Bahçeli will agree to preparations for a new constitution, the consensus among the public on getting rid of the coup constitution may make him more willing.

In addition, President Erdoğan is very hopeful for the government to join forces with opposition parties. Erdoğan has already stressed many times that Turkish society deserves a better and more civilian constitution. It seems 2016 will be a year in which the Turkish people will be inundated with talks on a new constitution.

Abdülkadir Selvi, Ankara representative of the Yeni Şafak, spoke to Daily Sabah and said the efforts to draft a new constitution will take place soon, yet he was not entirely sure of an effective outcome. "I have doubts about whether a civilian constitution will be drafted. I don't feel hopeful about it," Selvi said.

FATE OF OPPOSITION LEADERS UNCERTAIN IN 2016

The country went through a crucial election at the beginning of the summer. With all political parties failing to come to an agreement on the formation of a coalition government, Nov. 1 was determined as the date for snap elections. The AK Party swept back into power in a landslide victory on Nov. 1, garnering 49 percent of the vote. The opposition was scattered with the pro-Kurdish Peoples' Democratic Party (HDP) barely passing the 10 percent election threshold and the MHP losing half of its seats in Parliament.

MHP Chairman Bahçeli is, for sure, uneasy in his seat as dissidents try hard to collect enough signatures for an extraordinary congress, at which they hope to topple him. There have also been rumors about the Gülen Movement allegedly attempting to seize power in the MHP through the chairmanship of former MHP deputy Meral Akşener. Surely, 2016 will show whether Bahçeli will be able to hold on to his post or not.

An ordinary CHP congress is to be held on Jan. 16 with several candidates vying for the chairmanship. Harshly criticized for making no headway in elections, CHP chairman Kılıçdaroğlu may have a tough time at the congress.

The HDP party grassroots are also now in tatters following a 3 percent drop in votes in the Nov. 1 election. The party was jubilant in the June 7 elections after a historic performance, with over 13 percent of the vote and 80 deputies in Parliament. However, the party's stance on PKK terror and controversial statements from HDP co-chairs caused frustration and exasperation among the party's voters. In the wake of the Nov. 1 elections, the HDP is now on the brink of splitting apart.
RELATED TOPICS