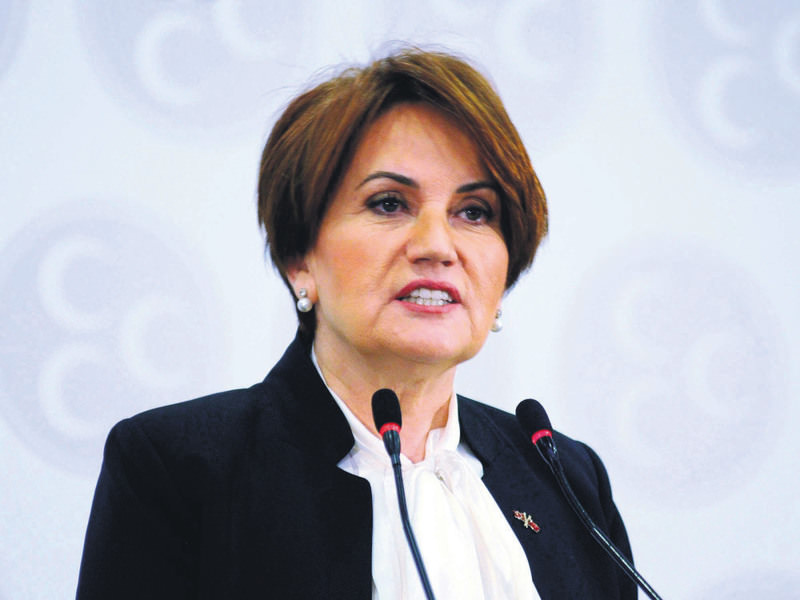 by daily sabah Jan 04, 2016 12:00 am
The application process for the Nationalist Movement Party (MHP) to hold an extraordinary congress is about to take place with the collection of enough signatures, according to Meral Akşener, a dissident figure in the party who is also a former Parliament deputy chairwoman and Istanbul deputy for the party. Sending a celebratory new year message to party members on New Year's Eve, Akşener said the amount of signatures collected is above the required number and indicated that they can start the application process for holding an extraordinary congress. "Our work for demanding an extraordinary congress is at the completion phase. After this stage, with our other candidate fellows who are collecting signatures, we can start the application process in accordance with a date that we can decide on by gathering the signatures that we have," she said.

According to the MHP's bylaws, 275 delegate signatures are required to initiate an extraordinary congress.

Dissidents in the MHP have so far made their dissatisfaction with Bahçeli publicly known. Pointing to Bahçeli's leadership failure in the Nov. 1 elections, dissidents now exert efforts to call for an extraordinary congress even though Bahçeli has repeatedly stressed that the date for the congress is set for March 2018.

Shortly after the results of the Nov. 1 elections in which the MHP's vote count dropped from around 16 percent to 11.9 percent, the Ankara-based Objective Research Center (ORC) conducted a public survey on Turkey's political landscape. The survey revealed that support for the MHP has dropped to 10.5 percent as 42 percent of participants were unsatisfied with Bahçeli's leadership. Additionally, a poll conducted by MAK Consultancy asked 5,670 participants in 31 provinces who should be the next chairman of the MHP. MAK's survey revealed that 34 percent of participants prefer Akşener, followed by Bahçeli with 26 percent. Amid debates over whether Akşener, whose alleged ties with the controversial Gülen Movement are cause for intense speculation in the media, will be able to take over the chairmanship position, Bahçeli now seems to be standing up to Gülenists.

Previously, according to a claim from the party's Secretary-General İsmet Büyükataman, the Gülen Movement is cooperating with the opposition and even plans to form a new party if Bahçeli continues to lead the party.

In a written statement Büyükataman said they are aware of "certain circles," a terms used euphemistically for Gülenists, that intend to turn the MHP into a puppet or, at least, realize their agenda with a new party.

He added that the intra-party opposition passionately demanded an extraordinary congress in the party without evaluating the situation after the Nov. 1 general elections.
Last Update: Jan 04, 2016 1:43 am
RELATED TOPICS