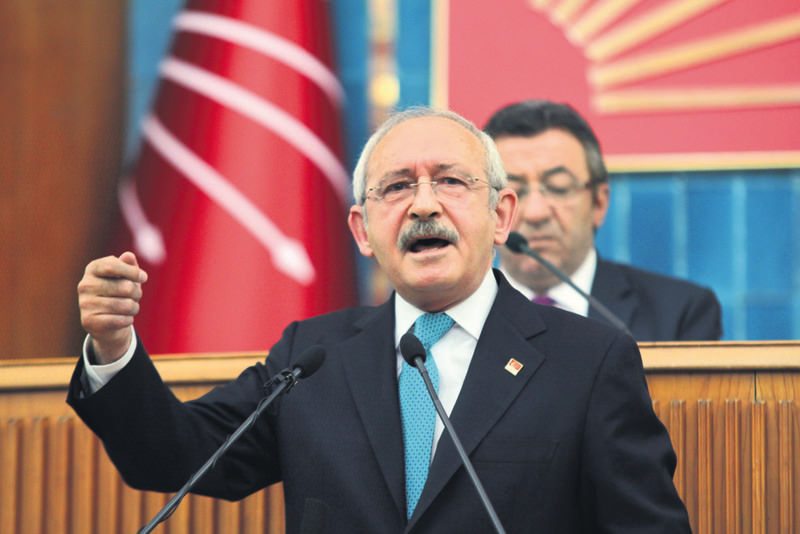 by Emre Özüm Jan 05, 2016 12:00 am
With efforts to respond to the criticisms which started after the Nov. 1 election results, Turkey's main opposition Republican People's Party (CHP) Chairman Kemal Kılıçdaroğlu is planning to change the majority of the Party Council (PM) members during the ordinary party congress that will be held on Jan. 16-17 at the Ankara Arena Hall. The congress itself is also seen as the first step for changes in party structure, and at least 40 members of parliament out of 60 are expected to change during the congress. This change also will impact the Central Executive Committee (MYK) of the CHP, according to intra-party sources.

The CHP has held 34 ordinary and 18 extraordinary congresses up until now and this will be the 35th ordinary congress after delegates have been determined during provincial congresses. Forty-six of the 81 provincial heads have been renewed and an additional 35 provinces have elected new heads. It is strongly perceived that CHP Chairman Kılıçdaroğlu will change MYK members after the PM elections. While it is expected that 40 out of 60 parliamentary members will be changed during the congress, more extensive changes are likely. Nearly all current PM members except for Selin Sayek Böke, the CHP's deputy chair in charge of economic policy, and Bülent Tezcan, CHP deputy chair in charge of lawmaking and elections, are expected to change. Furthermore, sources indicated that Kılıçdaroğlu will open the platform for different opinions in party administration in order to protect the balances of the intra-party structure.

Moreover, intra-party oppositions in the CHP could not collect enough support during the provincial party congress to change the party administration due to the Nov. 1 election results. This situation shows that revisions and changes to the party administration will be made under control of the CHP leader. Meanwhile, although some possible candidates such as Umut Oran and Muharrem İnce have been mentioned for chairmanship of the CHP previously, İzmir deputy Mustafa Balbay is the only person who declared his candidateship.
RELATED TOPICS