Municipalities that facilitate terrorist acts in Turkey will be dealt with: Deputy PM Kurtulmuş 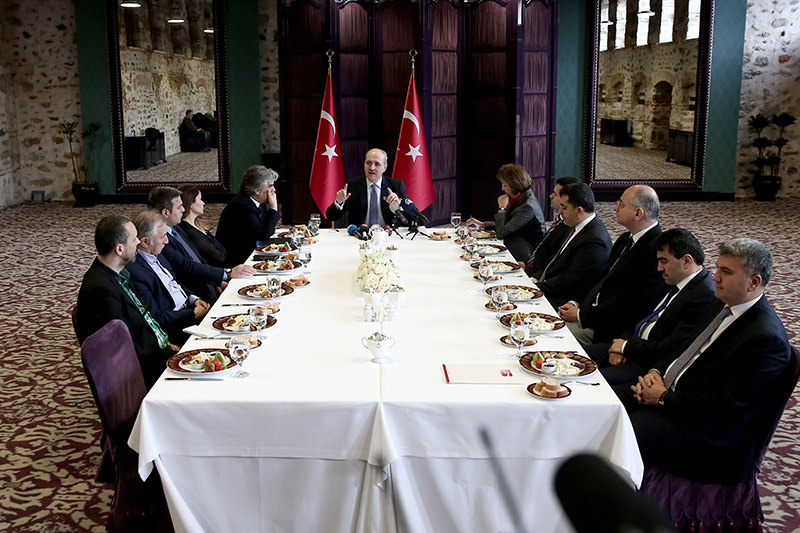 Speaking at the Prime Ministry Dolmabahçe office in Istanbul during his meeting with the Internet Media Association's board chairman and board members, Kurtulmuş said the first requirement for all democratically elected institutions, whether local or central administrations, was to serve within the law.

"Instead of doing this, if someone allows the digging of trenches and the planting of mines, bombs and traps, that is not a democratic right and can never be accepted as a democratic freedom," Kurtulmuş said.

Kurtulmuş stated that "necessary steps" would be taken.

"Our people need to see that this is not a democratic right [municipalities' facilitating terror acts], but instead a part of whole actions that sabotage democracy," he said.

Digging trenches and planting bomb traps are the methods used by PKK terrorists against security forces in southern Turkish provinces such as Diyarbakır, Şırnak and Hakkari.

Kurtulmus added that the Turkish authorities were ready to listen to any perspectives to maintain peace.

"We are inviting all social segments and political opinions to maintain national unity and fraternity in Turkey as of now," Kurtulmuş added.

Turkey's Interior Ministry has launched investigations into multiple municipalities held by the Democratic Regions Party (DBP) in the eastern Turkey on charges of lending logistical support to the PKK.

The DBP, the sister party of the Peoples' Democratic Party (HDP), is accused of providing ammunition, weapons, and vehicles to the PKK; helping the terrorists hide and escape; and employing people with links the group.
Last Update: Jan 07, 2016 2:25 pm
RELATED TOPICS