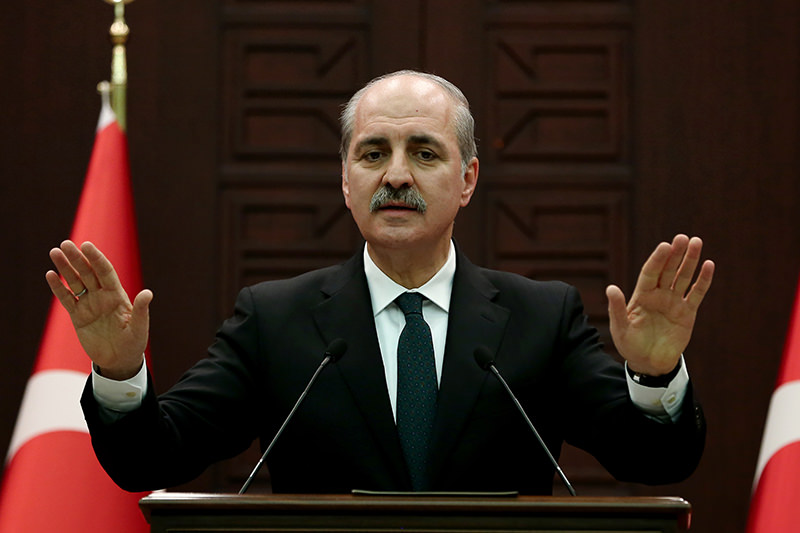 
The package proposed by the Ministry of Labor and Social Security states that Syrian refugees who are currently under temporary protection will be able to apply for work permits six months after they have been issued a temporary identity card by the Turkish government.

Kurtulmuş underlined that Syrians will have the right to work in the Turkish provinces they currently reside in, while adding that Syrian educators and healthcare providers will have the related ministry's consent to be employed in their own working field.

To prevent the victimization of worried Turkish citizens in the competitive labor market, Kurtulmuş said that workplace quotas for Syrian refugees would be kept at 10 percent.

The newly adopted "draft" regulation will be published in the coming days.

With this new move, the Turkish government will be able to officially register Syrian refugees while at the same time making it easier for them to earn a living.

For the package, a two-part study was conducted on which sectors and under which circumstances the nearly 2 million Syrian refugees in Turkey could work.

Previously, refugees under temporary protection could work within the refugee community in Turkey, for example as doctors or teachers in camps.

More than 2.2 million Syrians have sought refuge in Turkey from the civil war, now in its sixth year. Another 200,000 Iraqi refugees also shelter there, and migrants from Iran, Afghanistan and Africa all use Turkey as a transit point to Europe.