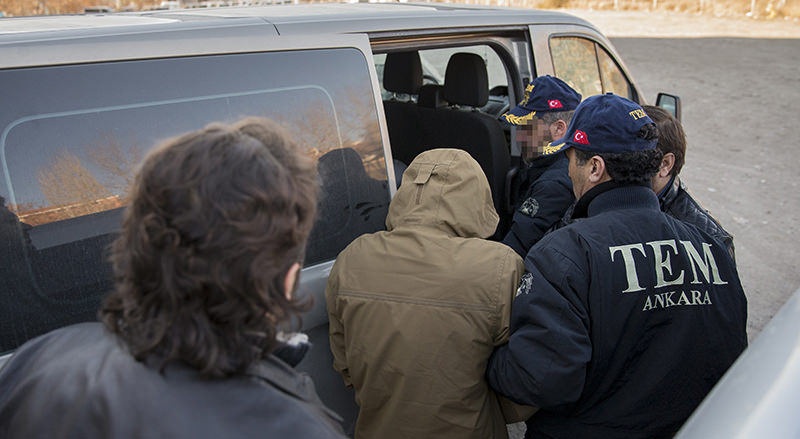 All the suspects, nine of them women, are reportedly still in Syria and are planning to enter Europe through Turkey. After receiving the intelligence report, the MİT informed European countries and shared the details of the Daesh suspects, all of whom are between the age of 16 and 30.

Meanwhile, security forces on Sunday detained 17 suspects linked to raids in Istanbul and eastern Turkey. The operations are part of Turkey's efforts to stamp out the group that seeks to recruit foreigners for their activities in Iraq and Syria. In another police operation in the eastern city of Elazığ, seven suspected members of Daesh were detained.

Also on Sunday, 16 Egyptians and one Russian national were captured in the southern city of Adana, along with seven Turks accused of recruiting fighters for Daesh. The suspects, including women and children, were captured in pre-dawn raids. Police sources said one of the Turkish suspects was already wanted on charges of being a member in a terrorist organization.

Sharing borders with Syria and Iraq, Turkey is one of the primary targets for the terrorist organization and faces a double threat due to its proximity to the war-torn countries and the flow of foreign fighters from European countries seeking to enter Syria and join the group.

Security sources quoted by the state-run Anadolu Agency (AA) reported that more than 2,600 Daesh members have been detained since 2013, when the group emerged as one of the most violent terrorist organizations in the world. Most suspects were released pending trial as they had not actively joined the group, while 632 people remain in custody on terror charges.

The two biggest terror attacks in Turkey have both been blamed on Daesh. In July 2015, a suicide bomber linked to the group killed 32 people at a rally in Suruç, while twin suicide bombings rattled the nation at another rally in the capital city of Ankara, killing 102 people.