Refugees may hit your doors if you don't give promised aid, FM Çavuşoğlu warns Europe 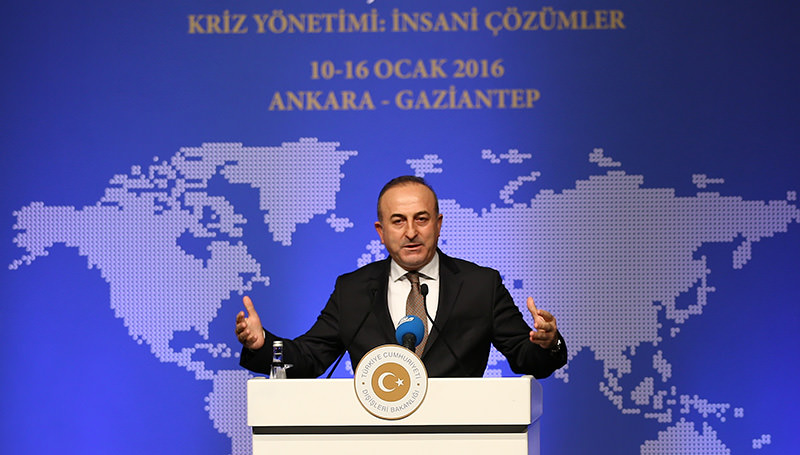 | Sabah Photo
by Daily Sabah with Agencies Jan 16, 2016 12:00 am
Foreign Minister Mevlüt Çavuşoğlu on Saturday has criticized the international community for remaining indifferent to the Syrian crisis, and warned that failing to give Turkey the pledged amount of refugee aid may result in refugees going to their countries.

In remarks made during his visit to one of the refugee camps in southeastern Gaziantep province's Nizip district, Çavuşoğlu said: "Everyone knows what Syrians and Iraqis need. Everyone knows the opportunities that Turkey provided for them but they [international community] remain distant."

He warned that if help was not extended to Turkey, then the refugees would leave for other countries, amid talks about Italy hampering 3 billion euros (3.3 billion dollars) in refugee aid promised to Turkey.

"If you [international community] do not extend your hand to the refugees in Turkey or do not cooperate with Turkey, these people will come to you," he said.

He highlighted the fact that Turkey had so far spent more than $8 billion on refugees.

The Nizip camp is one of 25 refugee facilities across Turkey.

Çavuşoğlu made the visit to the camp along with Turkish ambassadors as part of the last day of the Eighth Ambassadors Conference, which started on Jan. 10.

Syria's devastating civil war, now in its fifth year, has left at least 250,000 people dead, according to the UN.

In November, the European Union and Turkey have agreed on a 3 billion euro aid deal for Syrian refugees in Turkey.

Turkey is one of the neighbors most affected by the 5-year-old civil war in Syria, having hosted 2 million refugees.

Refugees generally travel to Greece, then Macedonia, Serbia, Croatia and Slovenia before heading to Austria and Germany, where most want to stay. The EU has been criticized for lacking a collaborative response to the crisis. The UNHCR encouraged EU countries to do more to share the burden of the international community in the refugee crisis.