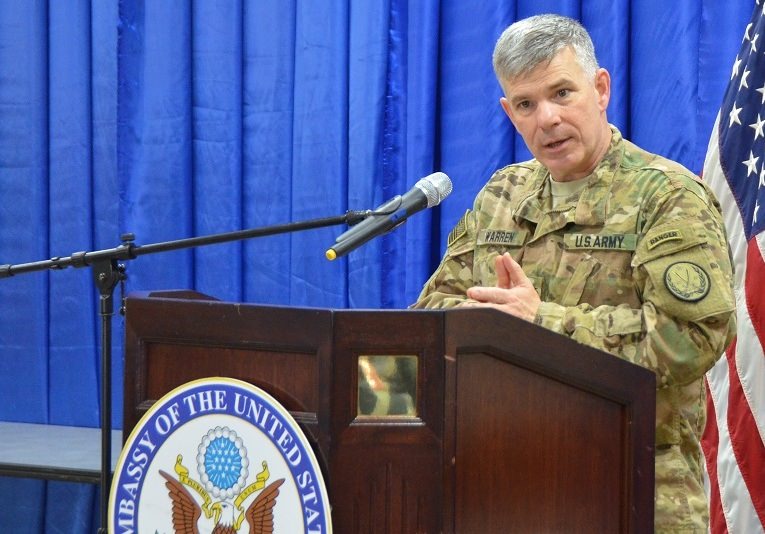 by Daily Sabah Jan 16, 2016 12:00 am
Turkish artillery strikes on Daesh in northern Syria earlier this week had a "very good effect in the Manbij pocket" where Syrian opposition groups and militants are fighting, an anti-Daesh coalition spokesman said Thursday.

The Manbij pocket is a 96.5-kilometer stretch along Turkey's southern border with Syria. "There were some weather problems; we were having difficulty providing the type of air power we wanted to provide, and the Turks filled in with artillery fire. So it was perfect. It happened the way it was supposed to happen," Col. Steve Warren told U.S. State Department reporters during a video conference from Baghdad.

Warren also said the U.S. is working with Ankara to tighten coordination on artillery strikes in that area. Warren described the fight as "a World War I style situation."

"You've got trench lines, bunkers, berms, and it's a fairly static fight right now. There is – in small spots of tremendous tactical ferocity, but they'll battle heavily over feet or inches even," he said. Turkey recently concentrated artillery fire in that area to help opposition groups fight Daesh. Turkish authorities have said that the strikes have killed at least 200 militants.

The head of the U.S. Central Command also commended Turkey's effort to seal its border to prevent the flow of foreign fighters, noting the tough fight in northern Syria between Daesh and opposition groups.