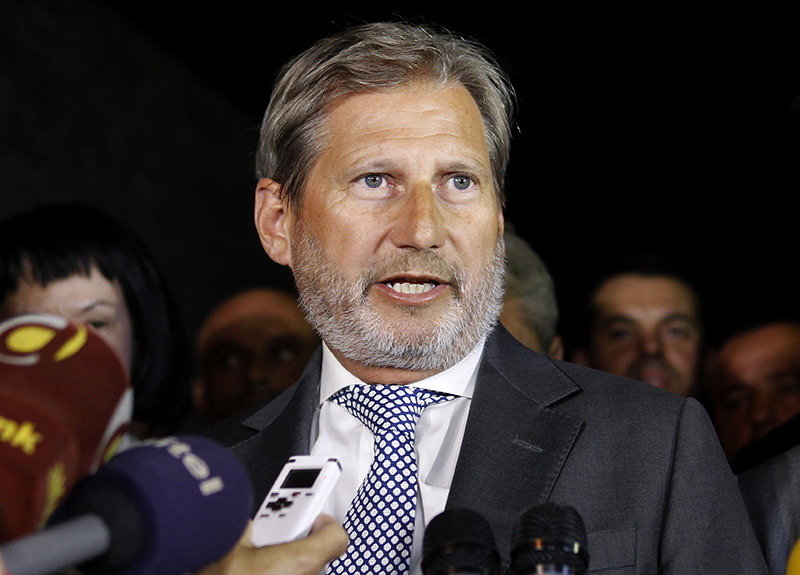 Addressing lawmakers at the European Parliament on Wednesday during a session on the "Situation in southeast Turkey", Hahn said that the European Union closely followed the terrorist threats faced by the country including those from Daesh and the PKK.

He said PKK "must stop declaring autonomy in districts in the southeast".

"We will continue to reassure Turkey that the EU takes the PKK threat very seriously and that the EU Member States have also acted robustly against the PKK," said Hahn, recalling that PKK is on the EU's list of terrorist organizations since 2002.

The EU commissioner emphasized that stability in the southeast "is important not just for Turkey, from a political, economic and security perspective, but for the EU and the wider region as well."

The PKK -- considered a terrorist organization also by the U.S. and the EU -- resumed its 30-year armed attacks against the Turkish state in late July last year.
Last Update: Jan 22, 2016 4:07 pm
RELATED TOPICS